This photo of Ingrid Wieland-Authenried was taken during a GDL-conference. On the backside Pan Walther, who was known for his unobtrusive nature all his life, noted: "The situation of the GDL around 1959-1960. The youth and the old age resigned." (Pan Walther on the left in the picture, behind him Fee Schlapper).

The following question "What does my publication do?" is addressed to Wilhelm Schöppe, known for his polite and reserved manner, GDL-chairman and editor of the photo magazine "Foto-Prisma".

Not to be seen is the man sitting left of Pan Walther in the original picture. The GDL colleague Hermann Speer was cut off by Pan Walther without further ado. 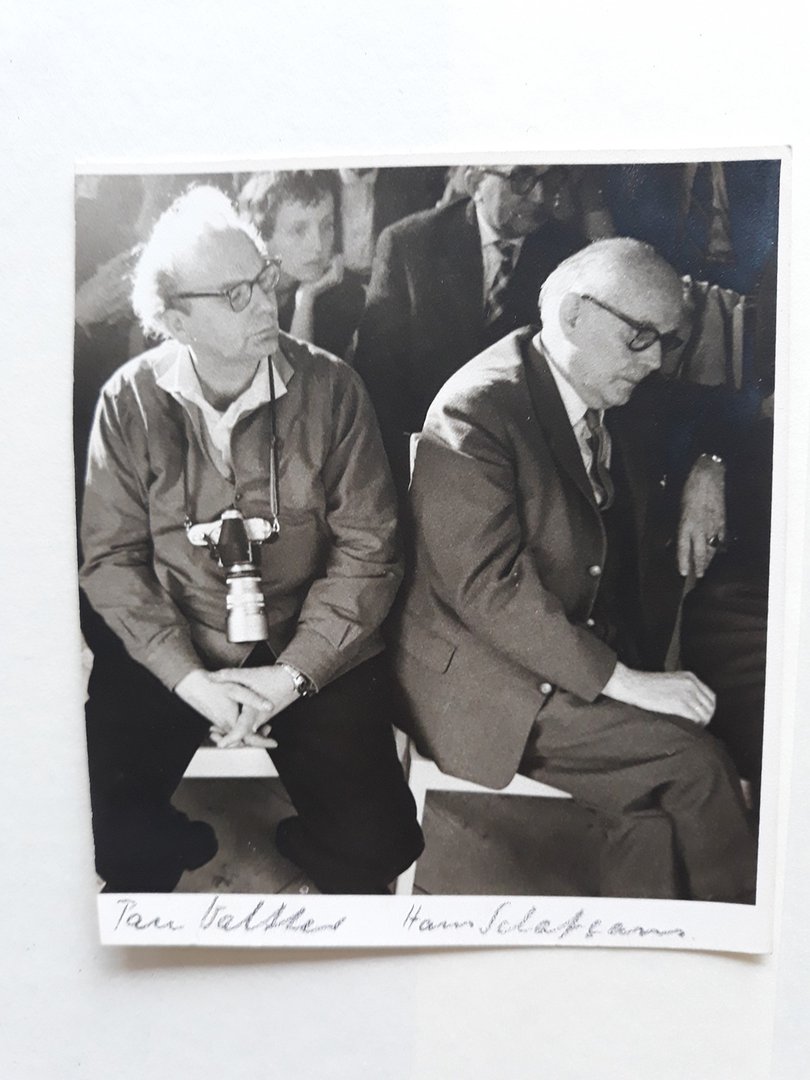 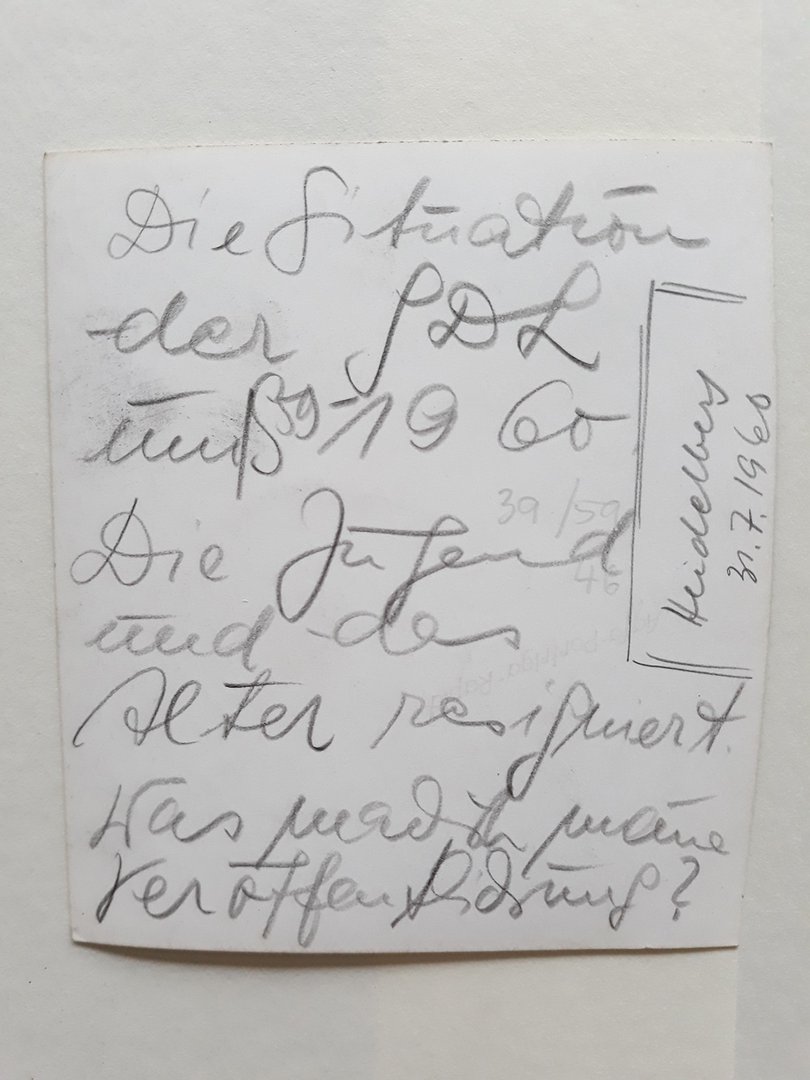