Unfortunately, the situation for planning a physical meeting has not improved compared to last year - rather the opposite, because in view of new contagious virus mutations and faltering vaccination plans, we cannot in good conscience invite anyone to a meeting on the traditional May date in the near future either.

Let's look on the bright side: the success of the first DFA-FOTODIALOGE in October 2020 with 16,000 digitally reached photo enthusiasts encourages us to create another online event.

Where do the FOTODIALOGEs take place?

On our webpage, on Facebook and on Instagram. You can find the details below in the description of our formats and in the schedule. Every day we link here to the posts posted on social media, so you can access all the content from here at the end of our FOTODIALOGE.

Unfortunately this time all talks are in German, we will work on changing this in the future. Sorry for this inconvenience. However, here you can find the work samples and artist statements of our guests in English. Have fun discovering them!

Artist Statement: 'Katrin Jaquet's work is a visual and poetic meditation about the phenomenon of photography.' (Toine Horvers) Short Bio: 'After studying (art, art history and Romance languages and literature) in Kiel and Paris, I have been living in Berlin for twenty years.' www.instagram.com/katrinjaquet www.katrinjaquet.de 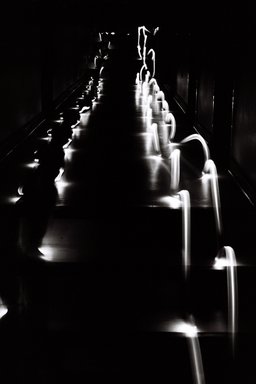 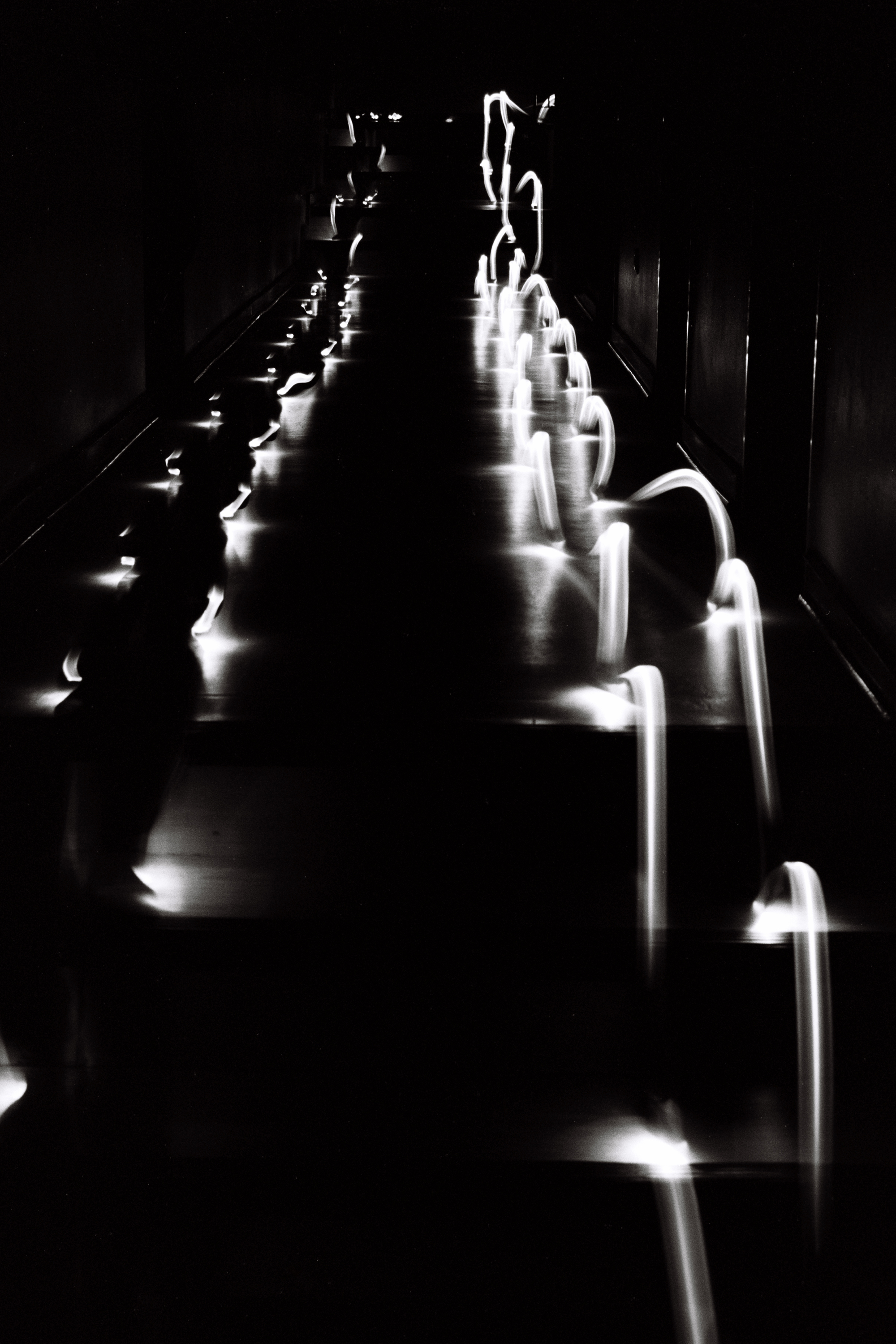 Artist Statement: "My artistic practice engages networked images, objects, ideas, communities, and epistemologies in a post-digital and post-colonial world. Through the gradual use of different media, I explore how technology, digital and material culture transform power relations and notions of otherness. How can we work with marginalized communities outside of our own? Expanding networks and creating communities in relation to imagining a world beyond capitalism is integral to my practice. This includes challenging Western worldviews that focus on the individual subject, and expanding authorship which is shaped by the network itself." Short Bio: Transdisciplinary artist Anna Ehrenstein, born 1993, studied photo studies, curation and media art in Dortmund, Cologne, Valetta, Lagos. Her work deals with the relations between human and non-human in a post-digital and post-colonial world. She uses print, video, installation, social moments or sculptures to reflect the intersections and differences between high and mass cultures and their socio-economic aspects and biopolitical constitutions. Raised between Germany and Albania, she engages with diasporic narratives that transcend her own experiences. She seeks possibilities for a collective decolonial future beyond capitalism with her process-based works, which often emerge from community engagement in artistic research and mediation. In 2021, Ehrenstein will have solo exhibitions at C / O Berlin and Landesmuseum Linz, in addition to her first solo exhibition with KOW in November. www.facebook.com/anna.ehrenstein www.instagram.com/annaehrenstein www.annaehrenstein.com 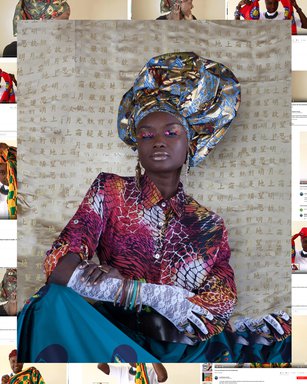 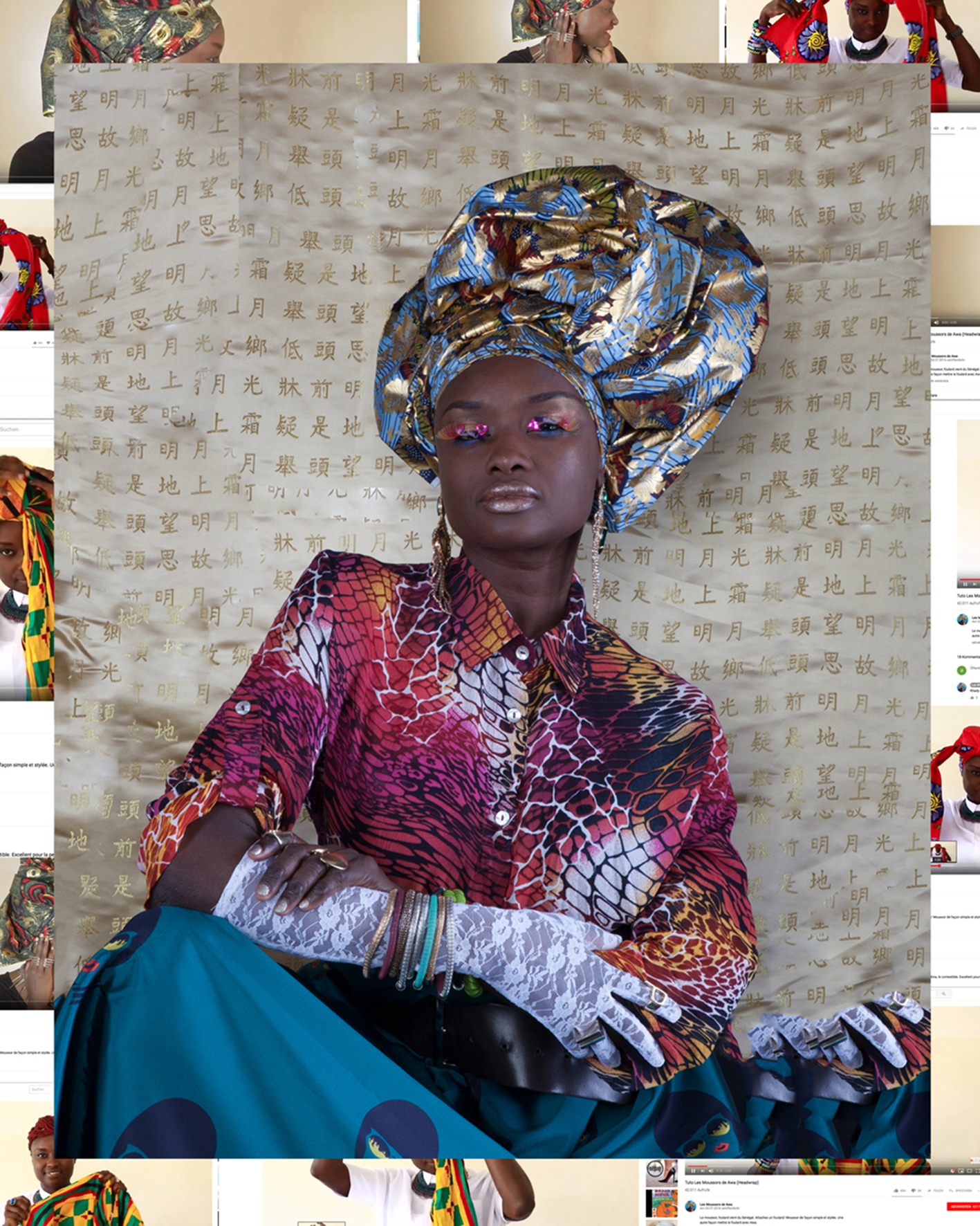 Artist Statement: 'I have fulfilled my dream of living in a photograph with my project 'Room 125'.' Short Bio: Anja Engelke lives and works in Bremen, Germany. Her photographs have been shown in numerous exhibitions at home and abroad. In 2020, her book "Room 125" was published by Kerber Verlag. www.instagram.com/anjaengelke.fotografie www.facebook.com/anja.engelke.9 www.anja-engelke.de 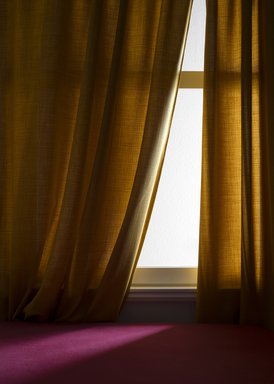 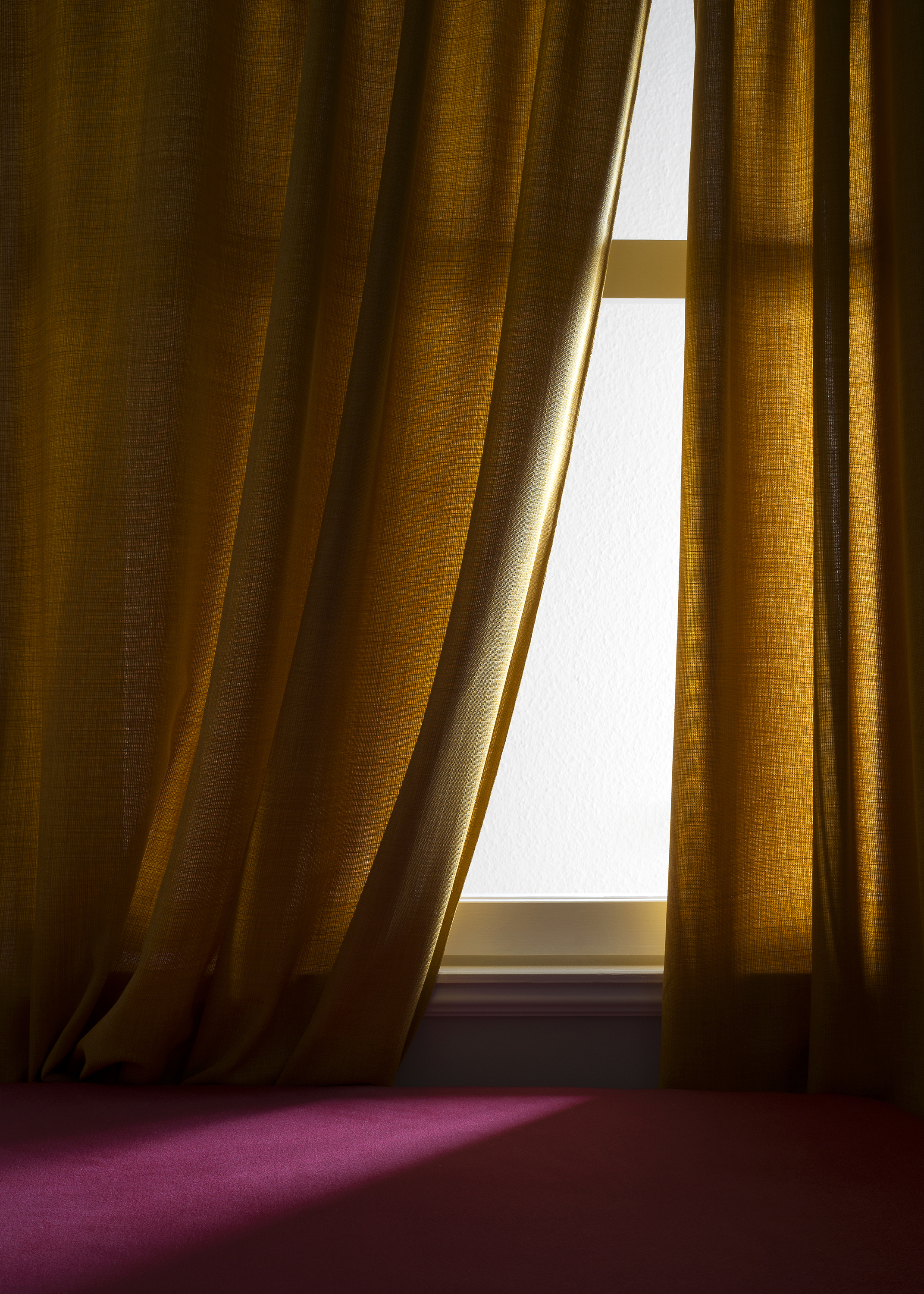 Artist Statement: '"In my work I explore landscapes between civilization and nature, found objects as well as places of Christianity, currently in Alsace and the Black Forest.' Short Bio: Steve Luxembourg, *1993 in southern Germany, is a photographer, filmmaker and musician, who lives and works in Kandern and Braunschweig. www.instagram.com/steve_luxembourg www.steveluxembourg.com 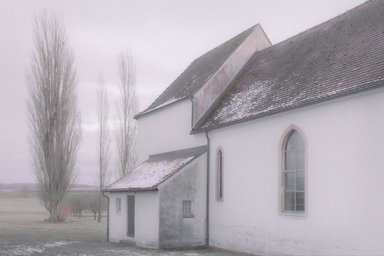 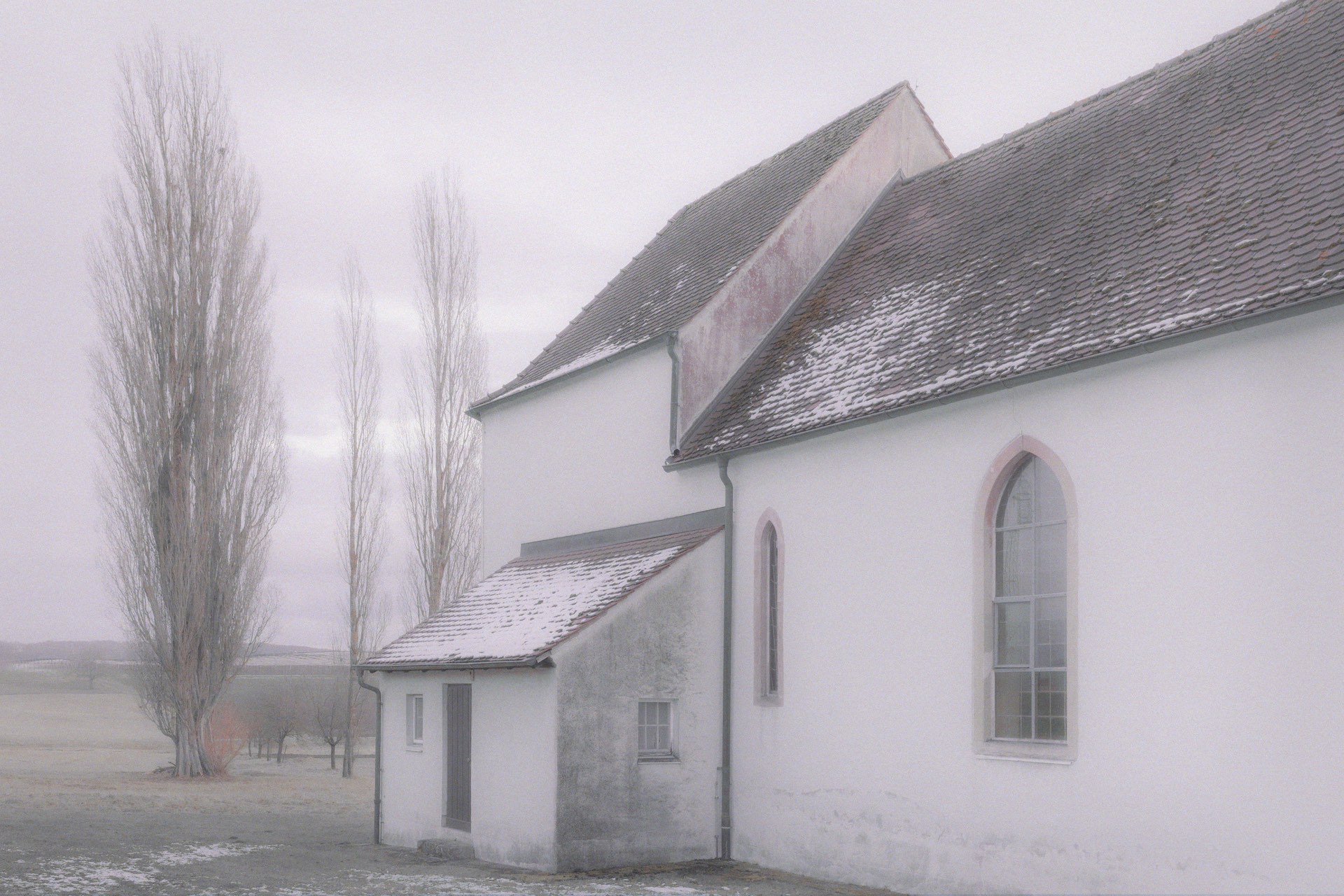 Artist Statement: "In my artistic work I deal with processes of perception and memory. In doing so, I explore how images must be composed so that they reach far beyond a mere depiction and expose the core of what is depicted." Short Bio: Melanie Wiora lives and works in Cologne. After her studies at the Kunstakademie Karlsruhe, she studied media art at the Hochschule für Gestaltung Karlsruhe. She has had numerous exhibitions at home and abroad. Her photographs have won many awards. In her current photographic and video works, Melanie Wiora deals with the themes of landscape and nature. In her "Eyescapes" she photographs and films the reflecting landscapes on her eyes. In doing so, she creates insights and views into a familiar and yet alien world. In her photo series "Natura", she lets her eyes wander over vast landscapes that leave it open whether we are dealing with fog, water, rock or ice. Her high-speed videos follow on from this and illustrate in extreme slow motion the perpetual mutability of water. https://www.melaniewiora.de 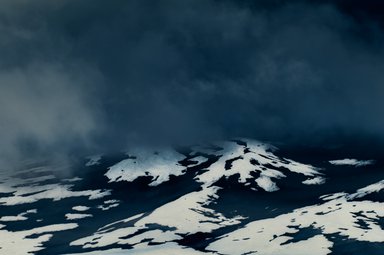 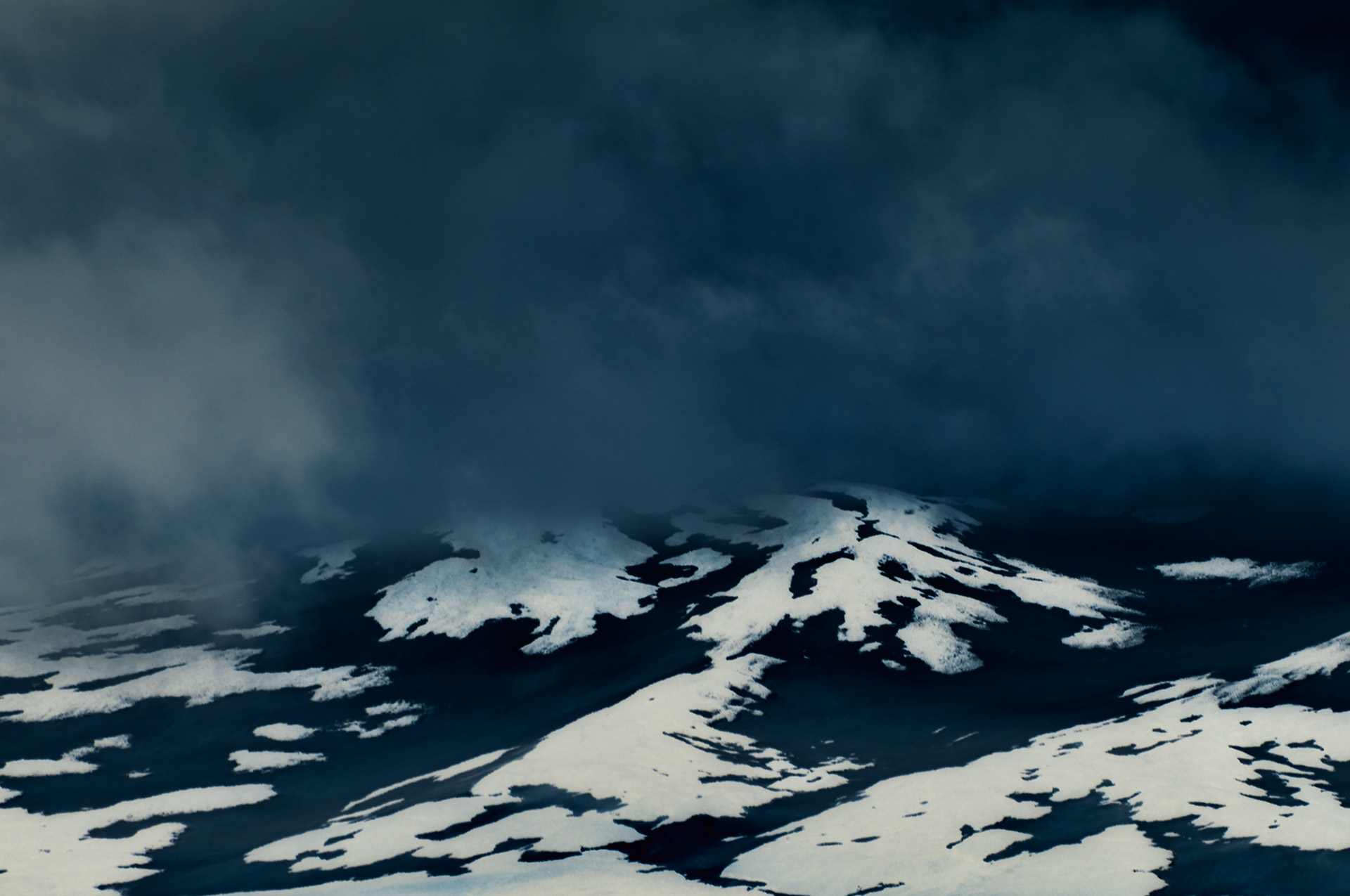 Artist Statement: 'My picture series "Pithead" tries to perceive the Ruhr area as a place where identities and firmly established social structures dissolve. For more than 150 years, the region between the rivers Ruhr and Lippe has been shaped by immigration and the encounter of diverse cultures. Even after heavy industry lost its importance and the region lost its attraction for migrant workers, its multicultural character has remained. I - an immigrant myself - take an unbiased look at the region and its inhabitants. To do this, I move along the blurred edges of a society whose center seems as unclear as the questions about its norms, about its inside and outside, and about what is foreign and what is its own. It is the people themselves who are placed in the center, and who are seen in casual stagings and observations as the ones who recreate their selves and their surroundings from moment to moment. The much-cited structural change does not seem to come true for these people. There is a past marked by work and industry. But instead of new jobs and perspectives, a diffuse uncertainty about the future of the region has set in. Yet the people are not shown as mere victims of social ills, but as actors of their own life designs.' Short Bio: Prizes / Grants / Talks 2018 Artist Talk Motorway of Macedonia, Conference at the House of Photography, Deichtorhallen Hamburg 2017 LUMA Rencontres DUMMY BOOK AWARD Arles / Shortlist 2017 Istanbul Fotobook Festival / Shortlist 2016 Admitted as a member of the DGPh 2015 BRIDGES Award / Photo project Emscher Zukunft 2014 European Cultural Foundation, Research trip to Hasankeyf in Southeast Anatolia, Turkey (with Axel Braun) 2013 Grant from the Foundation VG- Bildkunst for the project "Armenians in Lebanon and their new homeland" 2013 Diploma, Folkwang University of the Arts / Photography / Design 2009 Scholarship from the Kulturstiftung des Landes NRW for Turkey 2005 Studies at the Folkwang University of the Arts / Documentary Photography 2003 move to Germany 1999-04 German Studies at the Hacettepe University Ankara Selected Exhibitions 2020// SUBJEKT und OBJEKT / Kunsthalle Düsseldorf 2018 // Motorway of Macedonia / Pithead Tagung im Haus der Photographie, Deichtorhallen Hamburg 2017 // Motorway of Macedonia / l'Atelier de la Mécanique / LUMA Rencontres Arles Ich bin ein Berliner /With Yasam Sasmaz, Mehtap Baydu and Hazal Kaya /Istanbul 2016 // Die 40 Tage des Musa Dagh / Exodus / Nagorny Karabakh / Gelsenkirchen 2015 // CHAOS / CONTROL BRIDGES Fotoprojekt Emscher Zukunft / Dortmunder Kunstverein 2014 // SCHAU / A Photo Festival in Dortmund / Dortmunder U / Germany 2013 // The 2nd International Exhibition of modern Photo & Video Association / Beomeo Art Street Gallery / South Korea 2011 // Beyond Surfaces / Photographs of a Man-Altered Landscape, HFBK Hamburg 2009 // Gruppenausstellung 1/ Award Pilsner Urquell, Fotografiefestival F/Stop - Leipzig Kilims a la turca / Stiftung Wilhelm Lehmbruck Museum, Duisburg www.facebook.com/fatih.kuceren www.instagram.com/f.kurceren www.fatihkurceren.com 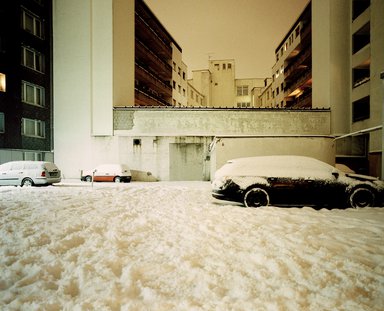 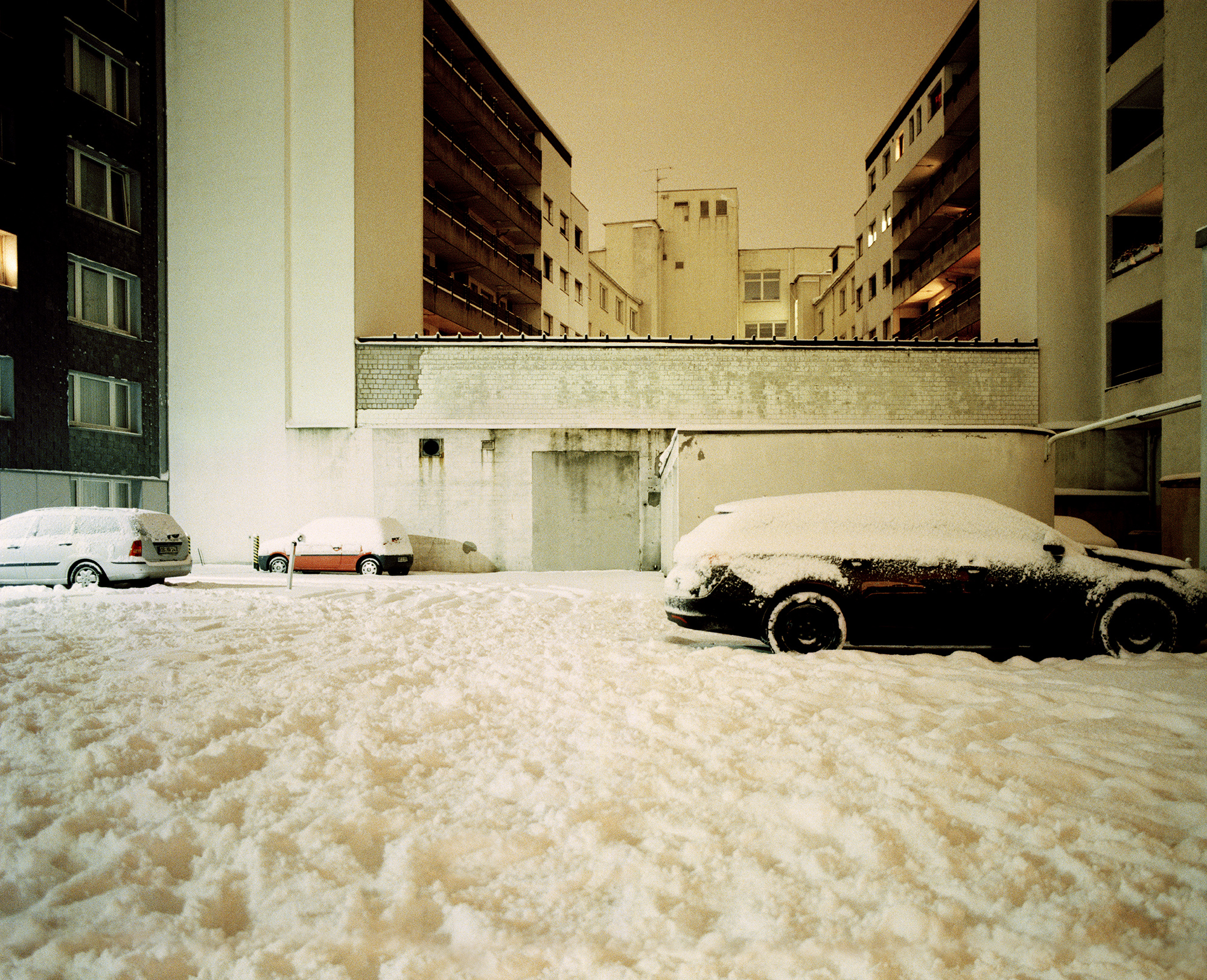 Artist Statement: 'The heritage What in other families is the guest room, in my family was called the 'Africa room'. For four generations it was the place for the collection of my great-grandfather Willy Klare. He was a cocoa plantation manager in what is now Equatorial Guinea in the early 20th century. For more than a hundred years, my family held on to this collection of objects, photos and postcards. The Africa room moved with them, most recently to my parents' row house in the village of Diera near Meissen. In GDR times, the room was a symbol of the longing to travel. The colonial background of the artifacts, however, remained largely unreflected. After the death of my parents, I began to deal with my family heritage in a new way. I carried the exotic objects into the nature of my childhood in Saxony and traveled to Equatorial Guinea in search of traces of my great-grandfather. Through my personal arrangements of the objects, sifting and curating the photographs and documents, I seek a new look at the colonial family heritage. In the process of reappraisal, a book has emerged and an exhibition space. The condensed Africa Room, in which the objects are only photographic images, is to move, as the original did. What happens with the real objects I will see. They will find their way.' Short Bio: 1973 born in Meißen, 1995-1998 training at the Lette-Verein Berlin, specializing in photo design, 1997 Kodak Nachwuchs Förderpreis, since 1999 member of OSTKREUZ, 2005/2007 Medienpreis der Kindernothilfe-Stiftung, 2006 VG Bild-Kunst -Stipendium, 2006/2007 Hansel-Mieth-Preis, 2007 teaching position at the Kunsthochschule Berlin-Weißensee, 2016 VG Bild-Kunst grant, participation in numerous collective exhibitions and currently represented with "Das Erbe" at the Akademie der Künste and with "Charlottenburg" at the Haus am Kleistpark in Berlin, since 2019 co-managing director of OSTKREUZ and since 2020 substitute professorship for photography at Bauhaus-Universität Weimar. 'Whether nomads in Kyrgyzstan, an urban utopia in India, long-term portrait series in Berlin-Charlottenburg, life between the walls in Belfast or dealing with the colonial heritage of my great-grandfather. I devote myself to a wide variety of subjects, moving between genres, be it portraiture, artistic documentary photography or social study. In doing so, I have been working on my own projects for over 25 years, as well as commissioned work.' www.instagram.com/anneschoenharting www.anneschoenharting.com 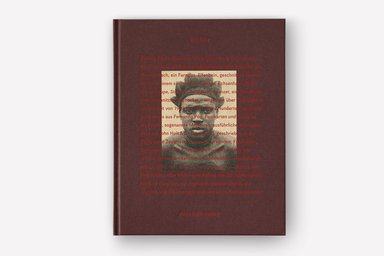 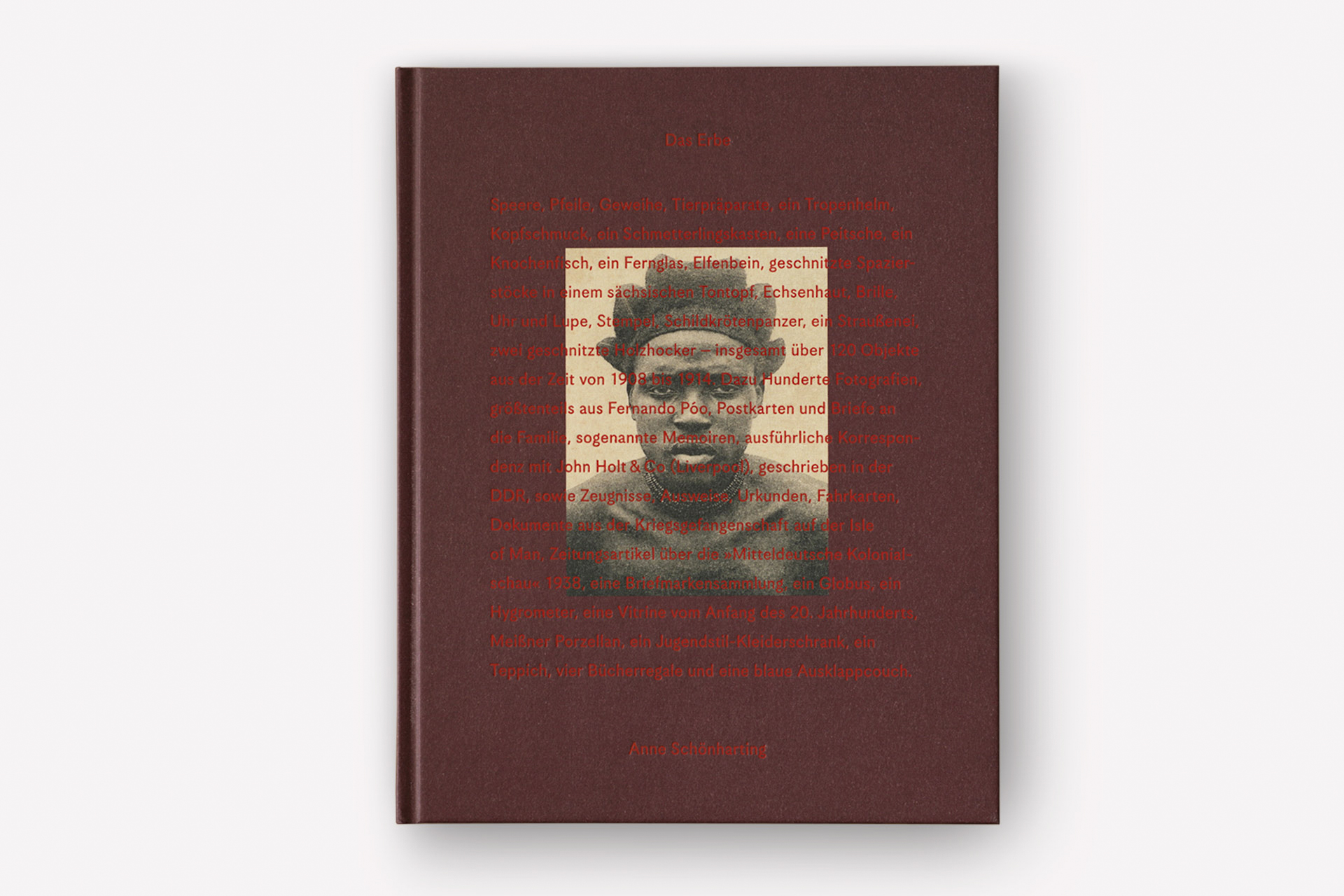 Artist Statement: "The oeuvre of my art is in itself an open system: bringing together different approaches in ideas and longings, which all aim to go beyond postmodern thinking and focus on a new meaning of vision and gender. Conceptual photography is at the centre, which is interdisciplinary and interactive; it encompasses video installation and documentary film – I use them to investigate complex themes. Photography can offer us the courage to engage with the unstable world As an artist, I believe life’s most poignant moments come from the ability to fuse fantasy and reality." Short Bio: Catrine Val is an international conceptual artist, working in the field of photography, film and performance. Out of interest in the concepts of time and history she has focused on the role of women within diverse cultural and political systems and not the least on women in the history of philosophy. Born in Cologne, Germany, Catrine Val began her career in advertising in Vienna, Austria. Feeling unfulfilled in this profession, she moved into the arts, and completed a BA at the Art Academy in Kassel, Germany. She did postgraduate studies at The Academy of Media Arts in Cologne and was assistant to Valie Export. After graduating, she was assistant lecturer in the field of virtual reality at the Art Academy in Kassel. She has worked extensively in popular etymology and has collaborated with women in India, South America, Asia and Europe. Methodological Reflections on Women’s Contribution and Influence in the History of Philosophy was published by Springer in July 2020. She is the winner of the WMA Commission, Hong Kong. Her work 'Living Memory’ is the winning project of ‘Stand Together and Go Virtual’, in collaboration with the German Embassy London and the Goethe-Institute London 2020. www.instagram.com/catrineval www.facebook.com/catrine.val www.catrineval.de 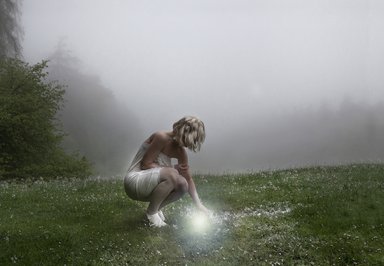 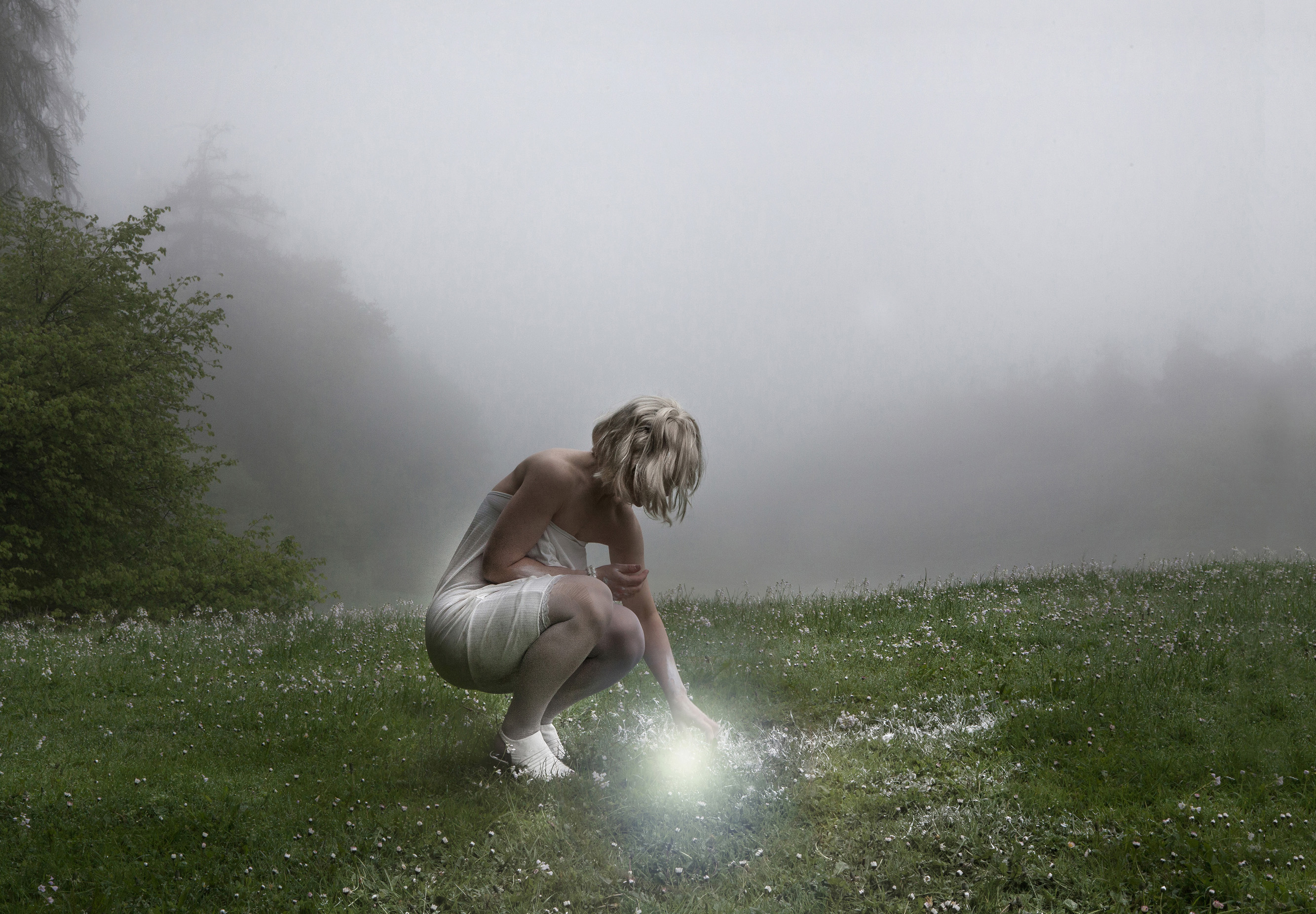