Through the exhibition with // Klaus Elle: "Davison - Fast - Orupabo" Phoxxi

What happens when two photo enthusiasts with different focuses and preferences visit an exhibition, exchange ideas about it and share it with others via an Insta Livestream?

On December 14th, Alexander Hagmann (dieMotive) visited the exhibition Jack Davison / Omer Fast / Frida Orupabo at Hamburg's "Phoxxi - Haus der Photographie temporär" with Klaus Elle (DFA) in mid-December. Both are streaming this visit and their talk with curator Ingo Taubhorn live on Instagram - so that Boris Eldagsen (DFA) and everyone watching can discuss the exhibition with the two. The conversation is in German, but you can watch the recording on YouTube with subtitles.

"As an East German (born in Leipzig) with artistic leanings, I was committed to socialist realism from birth. Since I never saw myself as a poster painter of a communist ideology, I consistently pursued the path of explorative knowledge with artistic means, which logically led to conflict with the ruling class. So in 1988 I changed sides and became a West German who continued to search for the truth and even there could not find the last mysteries of our existence. Today I am an all-German all-world artist who works as a consciousness amplifier, with his Da Vinci team in the arenas of social change." 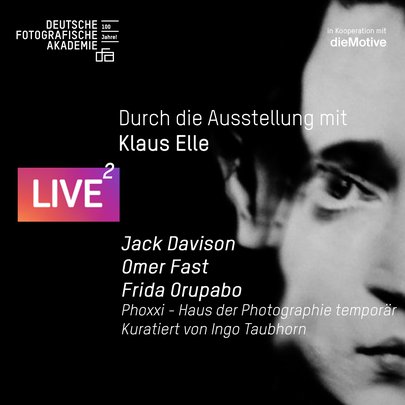 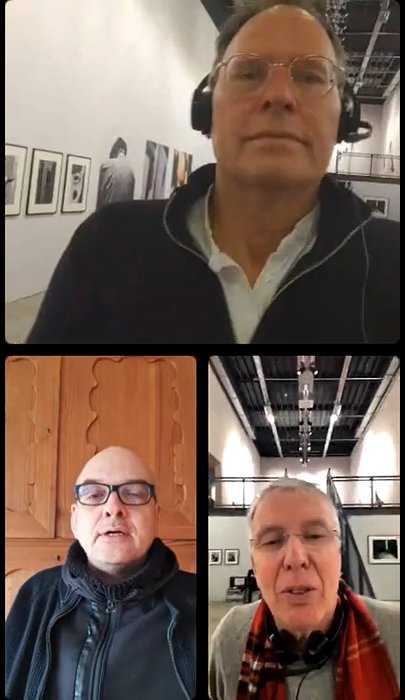 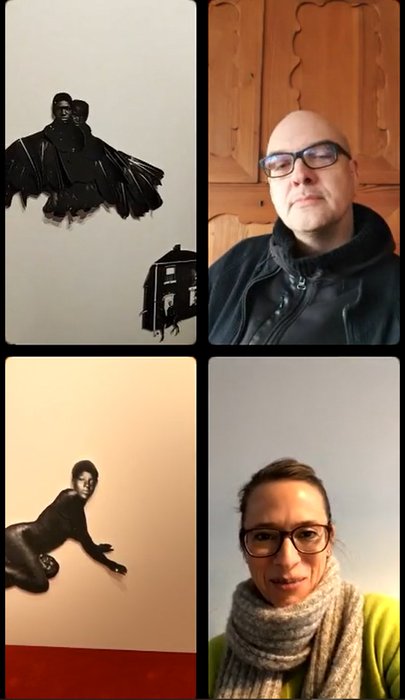