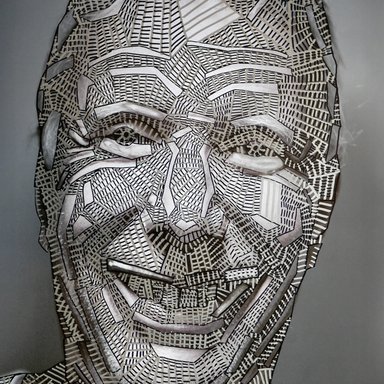 As an East German (born in Leipzig) with an artistic inclination, I was committed to socialist realism from birth. Since I never saw myself as a poster painter of a communist ideology, I consistently pursued the path of a researching insight with artistic means, which logically led to conflict with the ruling class. So in 1988 I changed sides and became a West German who continued to search for the truth and even there could not find the last mysteries of our existence. Today I am a general German everyday artist who works as a consciousness amplifier with his Da Vinci team in the arenas of social change.

I've always been and still am a seeker. What else could I do on this planet but search? Search, try to approach the eternal mystery of existence. The most important, most beautiful, most sacred place for this search for me is art. A wonderful sensor in all my explorations is the photographic apparatus. When photographing, one must not show too many feelings, because otherwise, the pictures shake. That's why I usually feel afterward over the photographic surfaces. I overdraw, scratch, dye the technical reality constructs so that they become a little true for me, because the truth only has a small home in me. We are in the middle of the transition from the fossil to the solar world, and we must begin to dissolve all the monolithic. We must learn to navigate in a highly complex, unstable reality with an archaic psyche. For me, the ideal training ground for this upcoming appropriation of the world is the artistic space, if one understands it as a holistic laboratory. Free of all traditional attitudes, authentic, vulnerable, with the eternal hope of meaning and meaning.

This was a personal journey into my cellar rooms of forgotten memories. The camera was quite irritated, because there was not sufficient light available. Time stands still. The camera-shutter was open. Waiting for something, waiting for thoughts, waiting for a little truth. Embracing the shadow of fear. 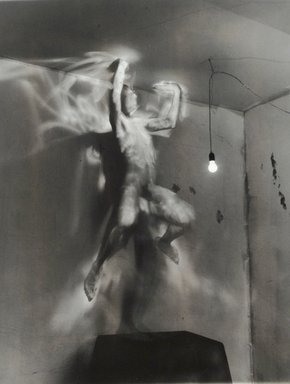 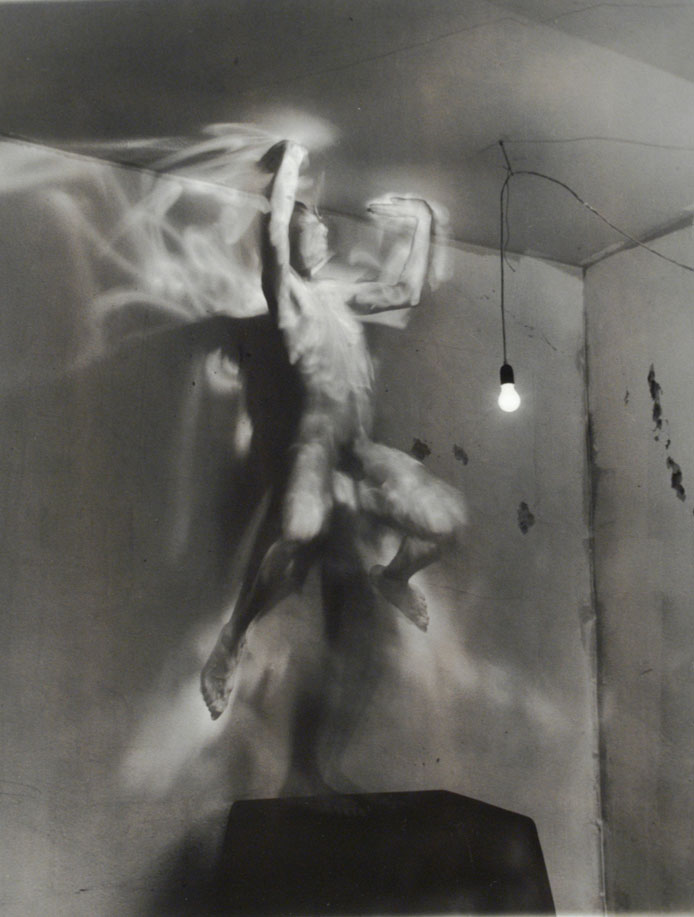 Who am I? We can never escape from this question. I asked this question a thousand times by overpainting all these self-portraits. I found out: I`m an infinite human construction, a constant identity is an illusion. 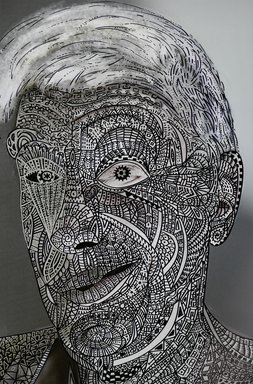 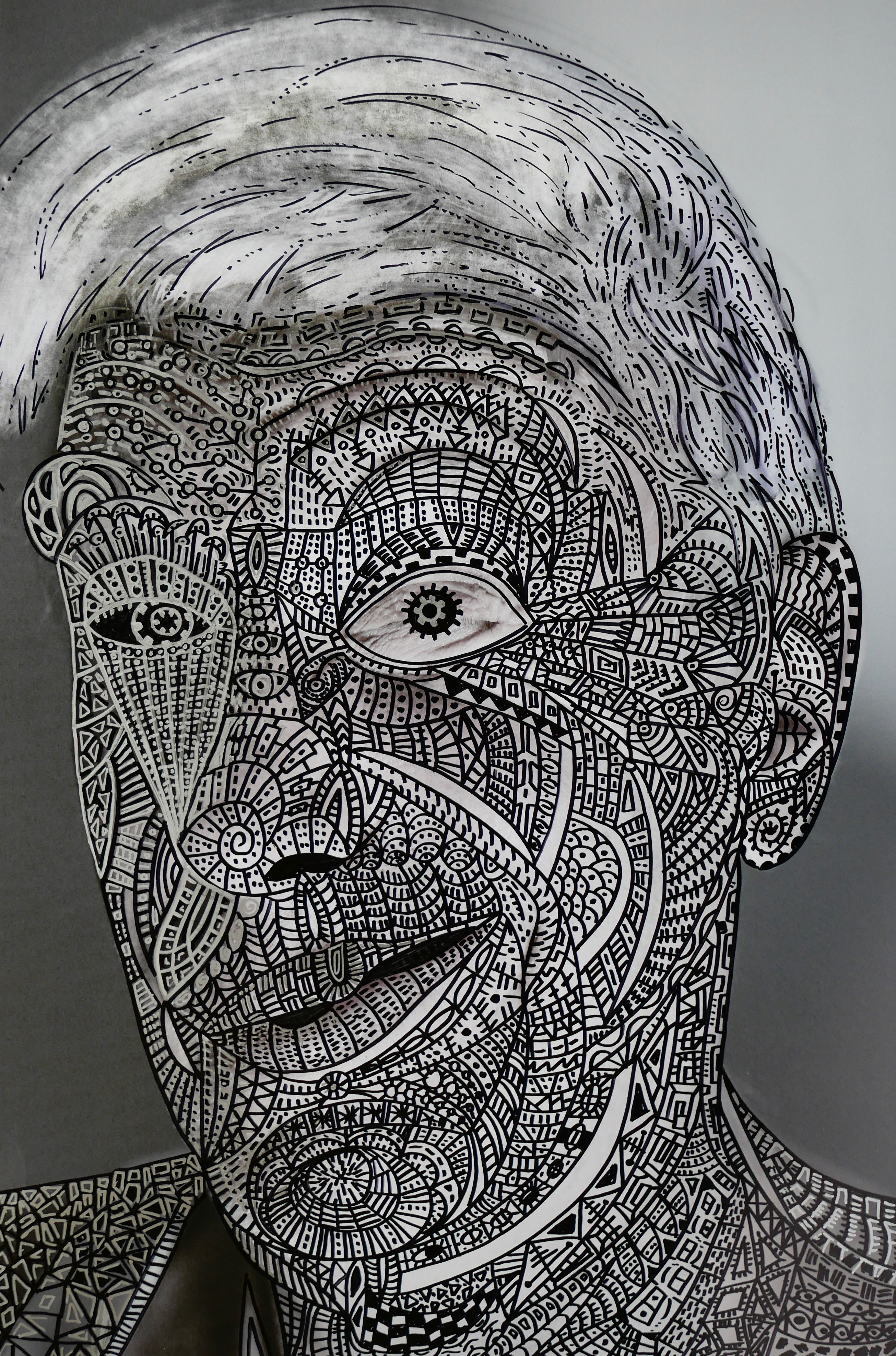 Human culture consists of endless sets of symbols. Symbols are parts of our collective memory DNA. Once you understand this code, you can redesign our future outlook. 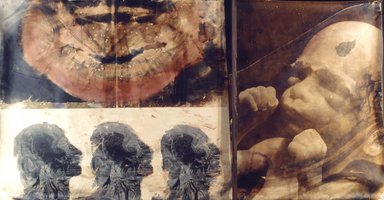 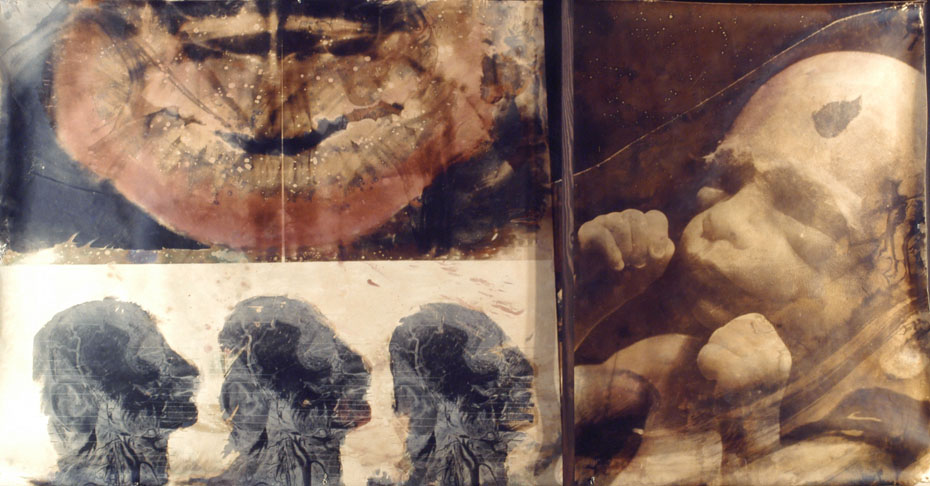 I had photographed woods close to the city for a few years and had no idea what to do with them. Until I could finally see the photos differently: As elementary neuronal structures that produced some kind of natural consciousness. They showed me structures of a living network of consciousness outside of me and suddenly I had found a formal space into which I could weave my thoughts. So I thought, wrote and dreamed into the ramifications of the trees and bushes, felt I had arrived in this world, and by the way beauty arose as if by itself, as a result of my devotion. 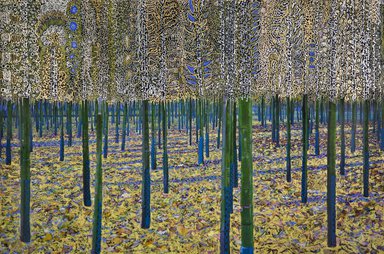 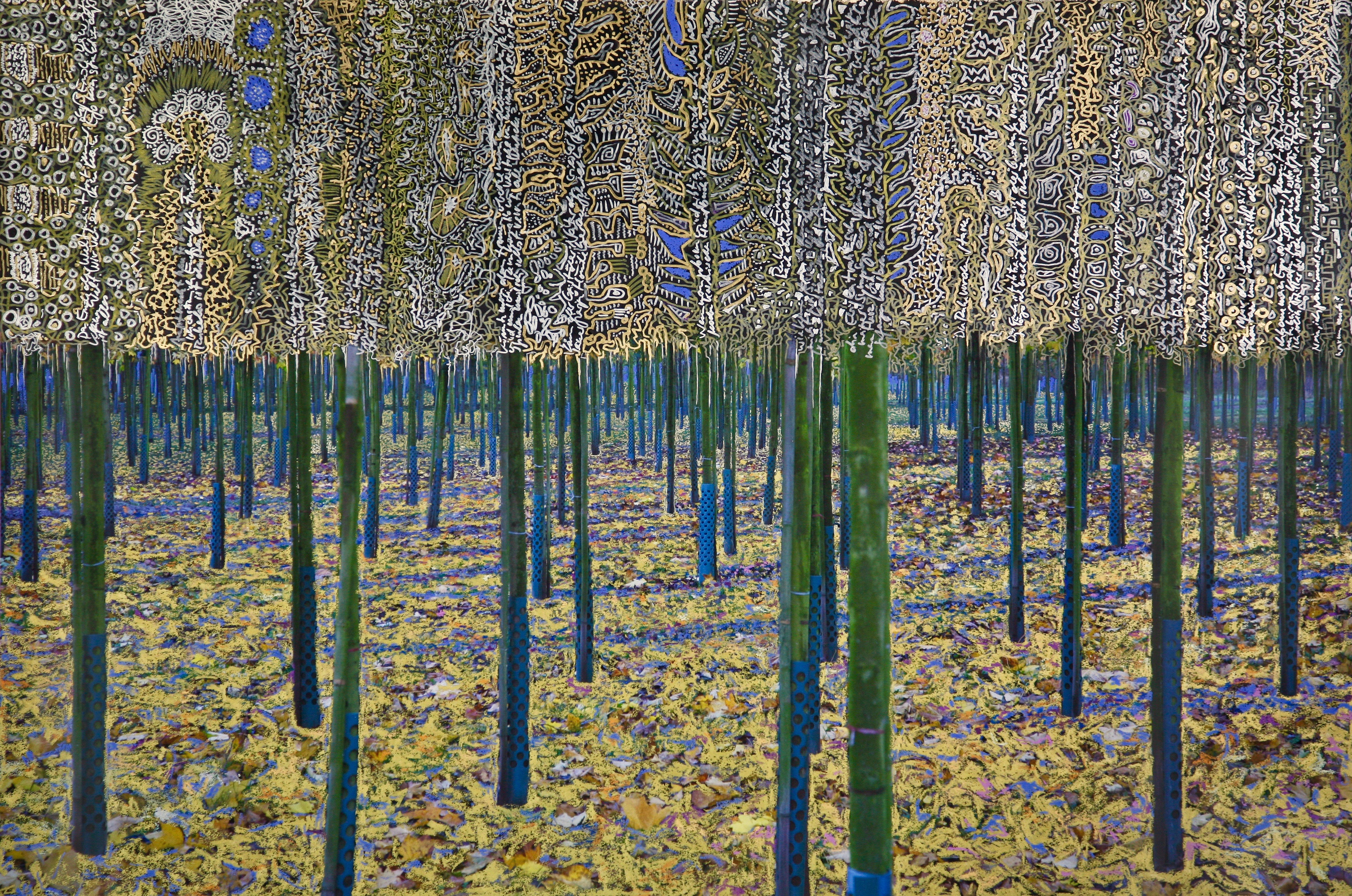