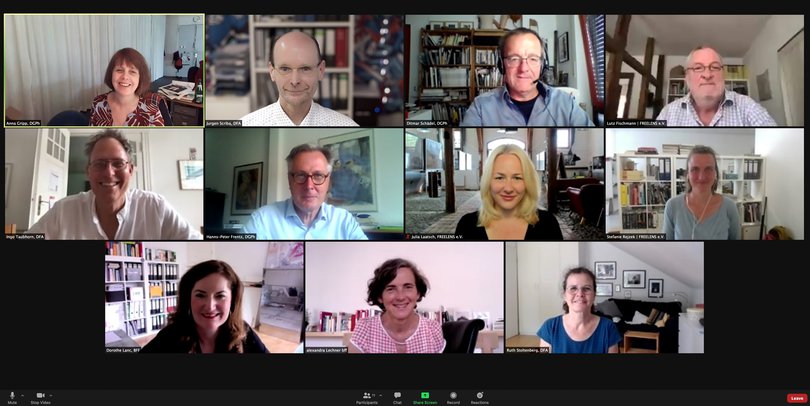 The DFA is a founding member of Deutscher Fotorat

The Deutscher Fotorat (German Photo Council) officially announced its foundation today. The DFA is proud to be one of the four founding members. As the oldest German photographic association (founded in 1919), we want to join forces with the Deutsche Gesellschaft für Photographie (founded in 1951), the BFF - Berufsverband Freie Fotografen und Filmgestalter (founded in 1969) and FREELENS (founded in 1995) to make photography more visible in cultural policy through the new umbrella organisation.

As a first step, the Fotorat is applying for membership in the Deutscher Kulturrat e.V. (German Cultural Council), which acts as a central point of contact for federal, state and European Union politicians and administrators in cultural policy discussions.

The Kulturrat has so far been divided into eight sections:

Surprisingly, photography has so far been missing as a separate section in this body, which was founded 40 years ago. This is despite the fact that the creative medium of photography also enjoys independent work protection in German copyright law.

All areas of photography are represented in the newly founded Fotorat: Art, photojournalism, documentation, design and advertising as well as science, mediation and education.

After completion of the founding phase, we will offer membership in the German Fotorat to other photography associations active throughout Germany. Initial talks have met with a positive response.

For us, there is no question that the enormous diversity of the medium of photography, which today no area of culture can be imagined without, can only be represented by a ninth section in the Cultural Council. Together, the members of the German Photo Council will champion photography as a cultural asset and visual cultural heritage, represent the interests of photographers and other actors in the field of photography, and initiate public discussions on photography. The Fotorat strengthens the existing networks between the associations and their members.

The initiative of the Fotorat fits seamlessly into the current plans to establish a "Federal Institute for Photography", which will put photography as our visual memory on the federal cultural policy agenda. The German Photo Council can contribute professional expertise to the diverse questions surrounding such a federal institute.

The conversation is in German, but you can watch the recording on YouTube with subtitles.

Anna Gripp (DGPh board member and Photonews editor-in-chief) and Dr. Jürgen Scriba (DFA managing director) explain how the German Fotorate was founded and what its goals are.