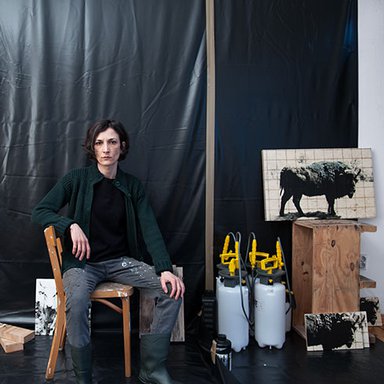 I come from Sicily, Italy, where I also studied, first in Catania, then in London and Budapest. In Hungary, at the Moholy-Nagy University of Art and Design, I had 24-hour access to a darkroom and on top of that I won two scholarships. This gave me the time and resources to devote myself completely to experimenting with analog photography. To this day, work in the photo lab forms the basis of my artistic research. In 2009 I moved to Berlin, where I live as a freelance artist.

For me, photography is first and foremost a light drawing, where I guide the pen. I refer here to the beginnings of photography, the origin of the medium, which was primarily a manual printing process, the result of whose physically existed. The craft part is important to me, making each of my works a unique print. In the reality I stage my images, in the darkroom I transport the motifs into another world. I develop them by hand on wood, steel or concrete, hatch them, work them with asphalt or "skin" them. I enter into a dialogue with painting and sculpture and create creatures like a cow with four eyes that could have sprung from Greek mythology. It is the indefinable that runs like a thread through my work.

In recent years, Valentina Murabito has been concerned with the consequences of urbanization. She photographed the dwindling world of Sicilian shepherds who still keep their thousands of animals traditionally, grazing them over Mount Etna and milking them by hand. In wildlife preserves, she photographed species such as bison and Barbary macaques, whose habitat has been largely destroyed. She then manipulates her images in the darkroom, often printing them onto road construction materials such as steel or concrete, working them with bitumen (asphalt). The result will be a bestiary of analog photographs. The project is supported by the Alexander Tutsek Foundation. Her aesthetic is archaic, often frontal, monochromatic, removed from reality. Their motifs are reminiscent of Paleolithic cave paintings, which had a magical function, they were supposed to materialize the prey in reality. The hunters believed in this and caught the prey - by the power of the images. Suzan Kizilirmak, M.A. Art and Literature, 2020 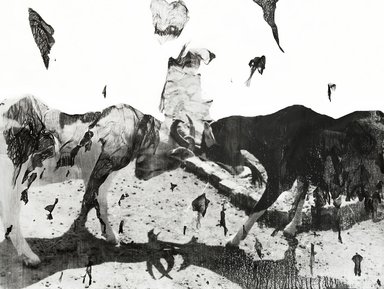 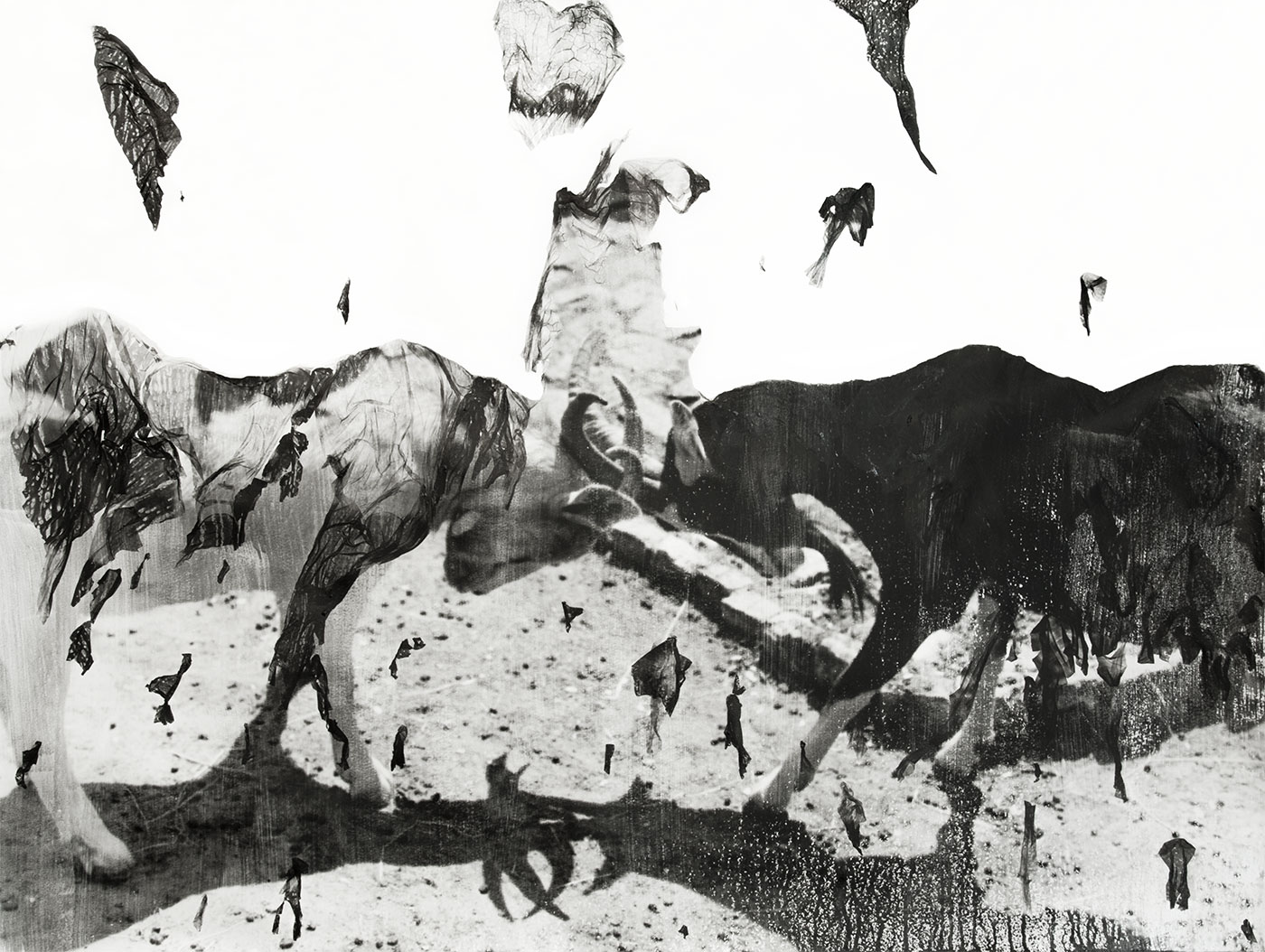 Valentina Murabito thought she had overcome the biggest hurdle when she changed the white background of the baryta paper to black. But what she had just achieved soon became a finger exercise. She put wigs on figures through pseudo-solarizations, drew cigarettes in their hands and developed with fabrics. She began to go into the three-dimensional, large-format, photosensitized a wall and developed - as in a fresco respecting the perspective - a photograph on it, she formed watercolor paper and mixed concrete. Along the way, she read Hannah Arendt's writings on totalitarianism, Adolf Hitler's Mein Kampf, Giorgio Agamben's theories on art and the body, Ovid's Metamorphoses, traveled to Bavaria for exhibitions, and did performances in Turin and Paris. During this time in her works she paid tribute to Ludwig II. (today: SpallArt collection), depicted silent screams, created mystical-mythical goats with four horns and developed a bird-human-gargoyle on concrete like we would find at Notre Dame. The relationship between man and animal came into focus. Suzan Kizilirmak, 2020 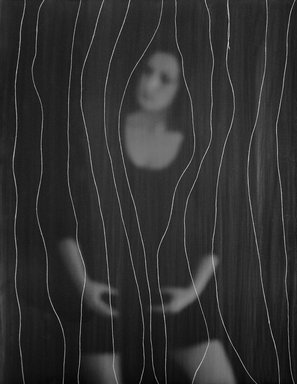 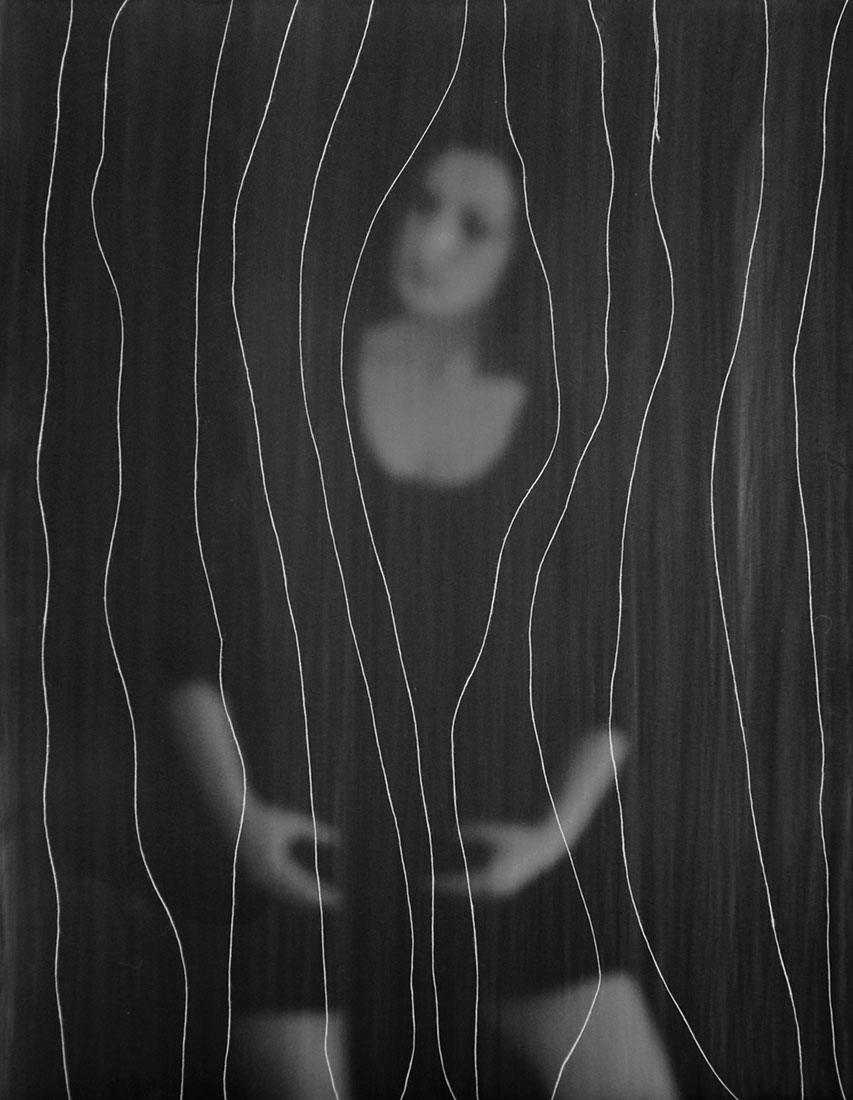 24 hours of access to a darkroom, photographic material en masse and one year of time made Valentina Murabito push open the door to boundless experimentation in 2009. To this day she has stuck with it. For her early works she still used baryta paper, repeated techniques of Man Ray and motifs of Francesca Woodman, leaned on the aesthetics of the Viennese Actionists and absorbed the atmosphere of her places of residence, Budapest and later Berlin. In her works she created non-places through an all-absorbing white, placing figures in them like will-o'-the-wisps, sometimes mutilated, sometimes shown as powerful bodies. The pure shot, the 'good shot' no longer interested her. She wanted to push the limits of analog photography and develop her own techniques. Suzan Kizilirmak, 2020 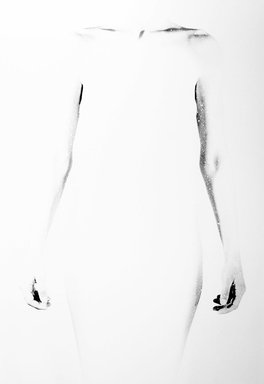 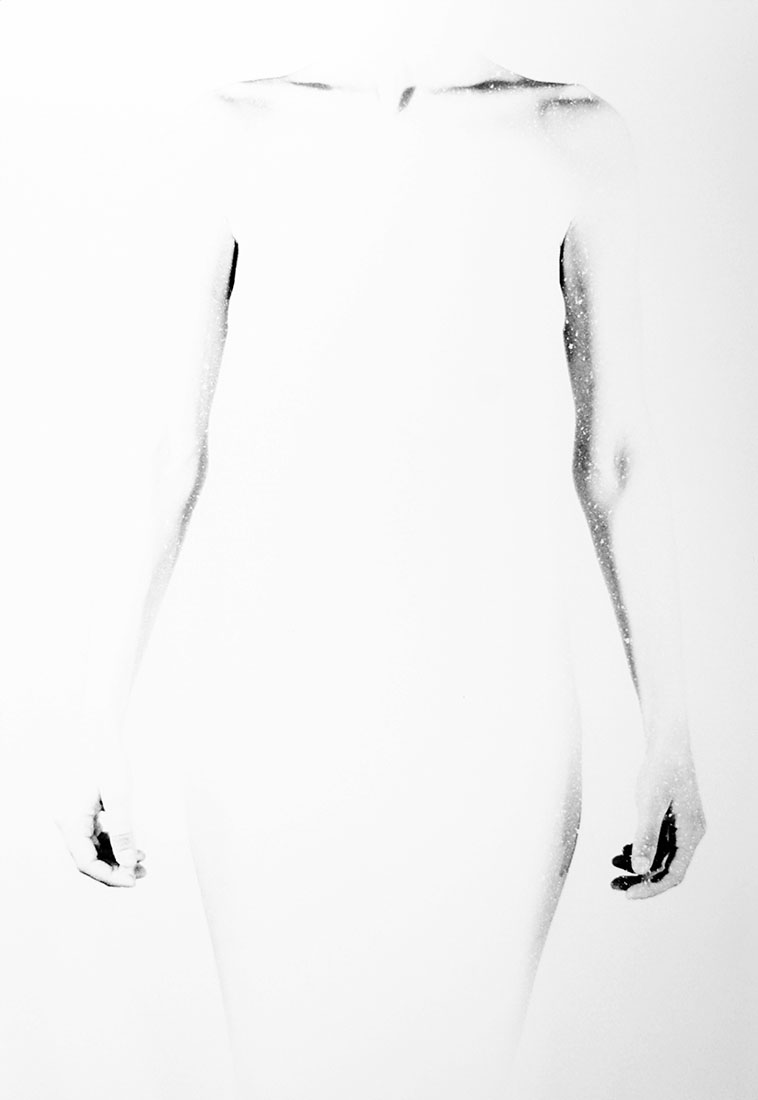 Valentina Murabito presents her work at the 'DFA FOTODIALOGE', October 2020.