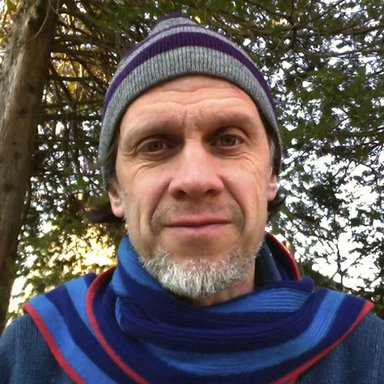 I grew up on both sides of the Atlantic, between Boston and Hamburg. After my graduate studies in environmental engineering at U.C. Berkeley, I studied film and photography at the California Institute of the Arts (CalArts) and at the Universität der Künste Berlin. As a photographer and documentary filmmaker, I work primarily on environmental and social issues.

I have always loved looking at the world that surrounds me. Ever since I was eight years old, I have been running around and exploring with a camera. During the course of my life, I have seen more and more land bulldozed away for development. Nature has always been a great source of inspiration and solace for me, and seeing its ever-accelerating destruction distresses and saddens me. My photography and film work combines art, documentary, and activism, with the aim of raising awareness to try to help protect our Earth, its lands, and its cultures. Most of my work has been about development and its impacts on the land and on the people who inhabit it. There are invisible economic and political forces which pull the strings of our lives and which most of us are powerless over. Usually, when a landscape or habitat is damaged, the culture which has evolved in it, is also greatly impacted. My aim is to use my cameras to give a voice to those who have no voice, including the land. I aim to convey these “voices” via photographic exhibitions, talks, books, documentary films, events and the press. My approach to photography is impulsive and instinctive. I very much enjoy the process of searching for places and objects to photograph and this is the first and most important step in creating my images. Having a camera around my neck intensifies my action of looking. I also love light, especially the light from the sun. My best photographs come when everything comes together for one instant – the light, the place, me with my camera and some kind of magic. The message I aim to convey with my work is that there is a general disrespect for the earth and a lack of humility toward the planet. We are cutting off our roots that connect us to the planet. In the end this leads not only to environmental problems, but also to conflicts between us who inhabit the earth. I believe that if there were more respect for the Earth, there would also be more harmony amongst us humans.

All across the world, a uniform, homogeneous model of development, inspired by Los Angeles style urban sprawl - consisting of massive freeways, parking lots, shopping malls and large-scale master-planned communities with golf courses - is being stamped onto the Earth's topography. With this anonymous, soulless type of development come the destruction of the environment, and also a loss of culture and roots, as well as alienation. This globalized model of architecture does not respect or adapt itself to the natural or cultural environment onto which it is implanted. Pittman began his work on ANONYMIZATION in Los Angeles. He then spent well over a decade traveling around the world photographing the spread of “L.A. style development” to Las Vegas, Spain, France, Germany, Greece, Dubai, and South Korea. The world was in the midst of a construction boom when the project began. By its end, this excess had led to the global economy’s crash and most cranes had come to a screeching halt. 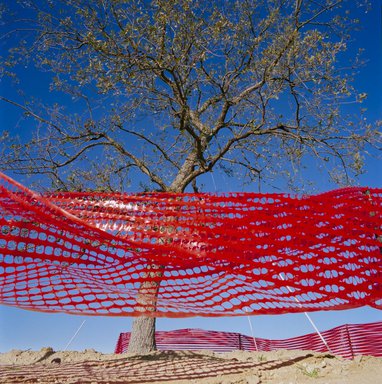 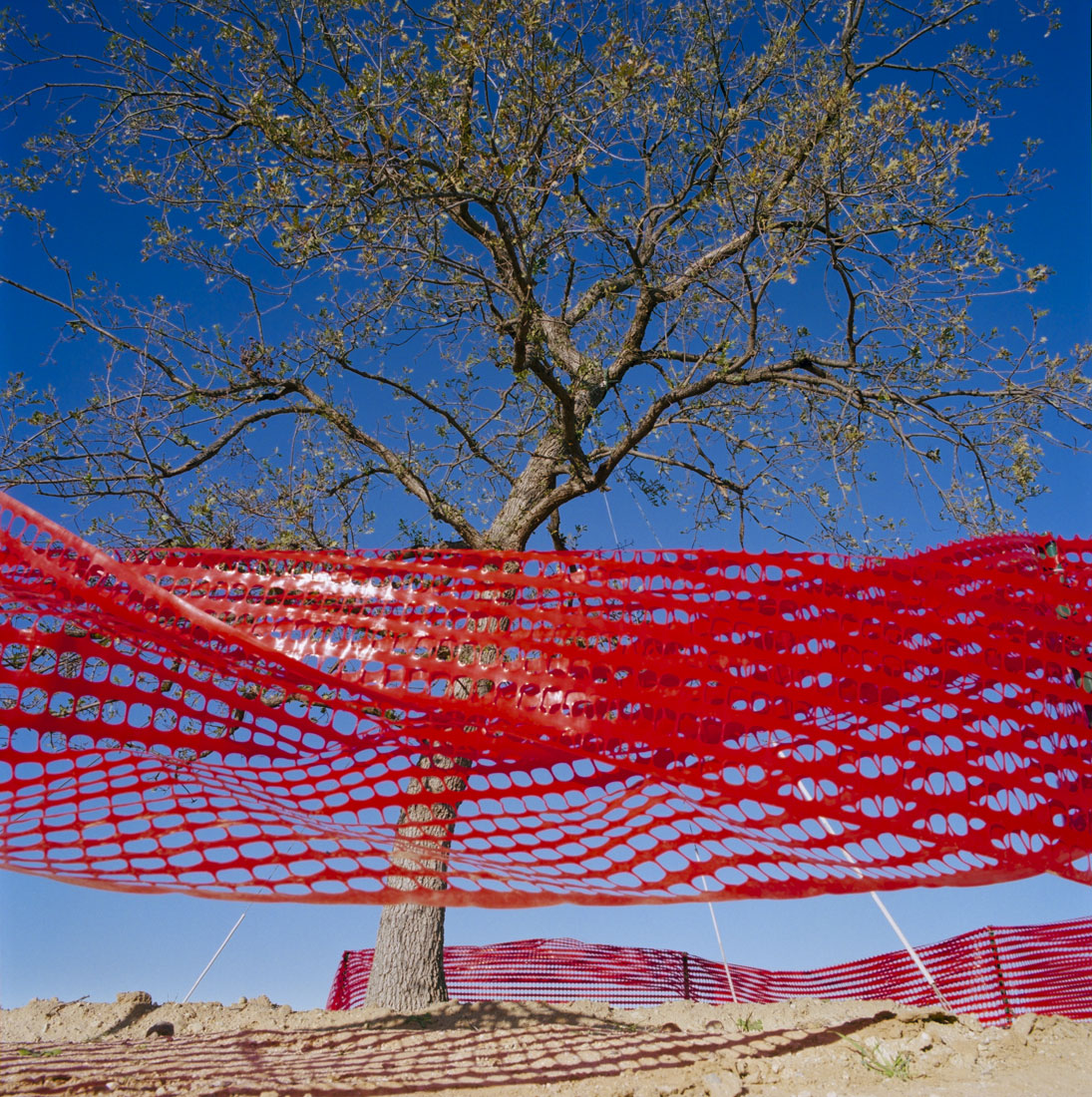 For over nine years, I have been travelling thousands of kilometers across Spain, Ireland and the Southwestern United States with my camera, in search of housing construction sites, that were paralyzed by the 2008 global financial crash. Many large-scale developments were begun but were never finished. Labor, money, natural resources and natural habitat were all wasted for naught in these modern ruins of global capitalism. Photographs of the ruins of the Great Recession and of weeds, which are trying to re-colonize these spaces, are juxtaposed with quotes from interviews with people directly impacted by the housing crash. Construction workers, a mortgage broker, a farmer, a land broker, a real estate agent, an architect, a town planner and homebuyers who lost almost everything in houses that were never finished, have generously shared their stories with me. This is a work in progress, which will result in a book, travelling exhibition and public talks. (Here on the website are some double page spreads taken form the first draft of a book dummy.) 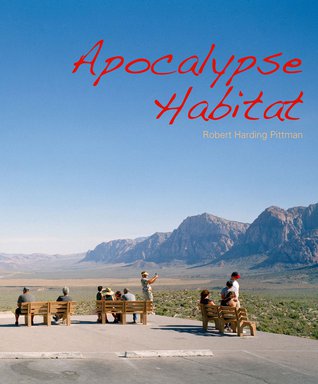 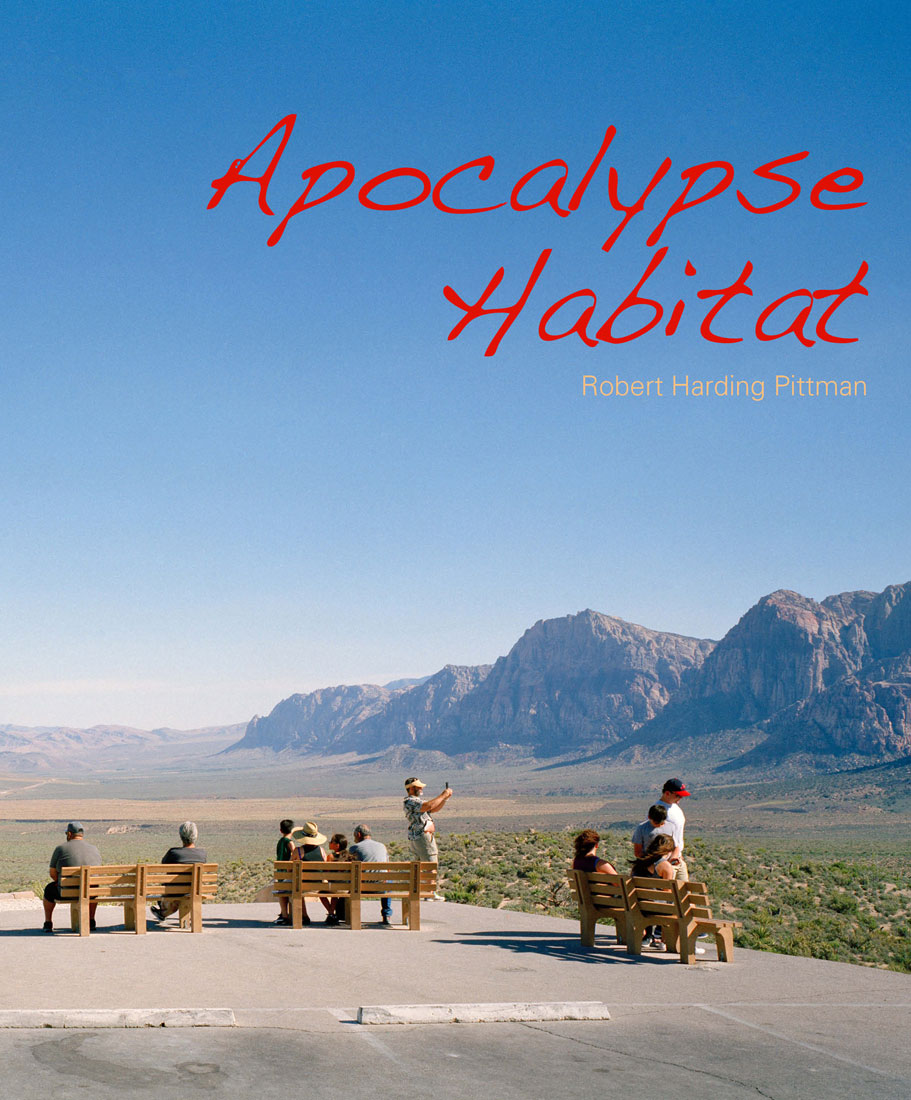 When you come home at night, you flick on the light switch, and the light magically goes on. We take this for granted. In most places in the world, this technical marvel could not happen without coal-fired power plants, also in Germany, the largest producer of brown coal (lignite) in the world. In addition to the tremendous global environmental impacts of coal to our climate, there has also been a great human sacrifice for the 1000’s of residents in Germany who had to give up their homes, as countless towns were bulldozed away in past decades to make way for strip-mining. The people portrayed here are from the former 750-year-old village of Heuersdorf, in Saxony, which was demolished, and which today is a giant black hole. These images are juxtaposed with photographs of abandoned brown coal mines in Germany, vast wastelands devoid of life, stripped of all their coal and now useless. Were the environmental, cultural and human sacrifices, to generate electricity for only a few years, worthwhile? By 2038, Germany plans to shut down all of its coal mines and power plants, and yet more towns are slated to be demolished to make way for coal. (Please also see Pittman’s documentary film “Coal, Earth, Home” about Heuersdorf.) 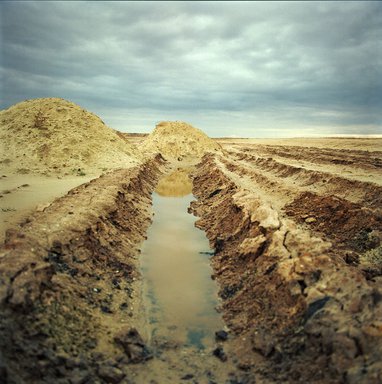 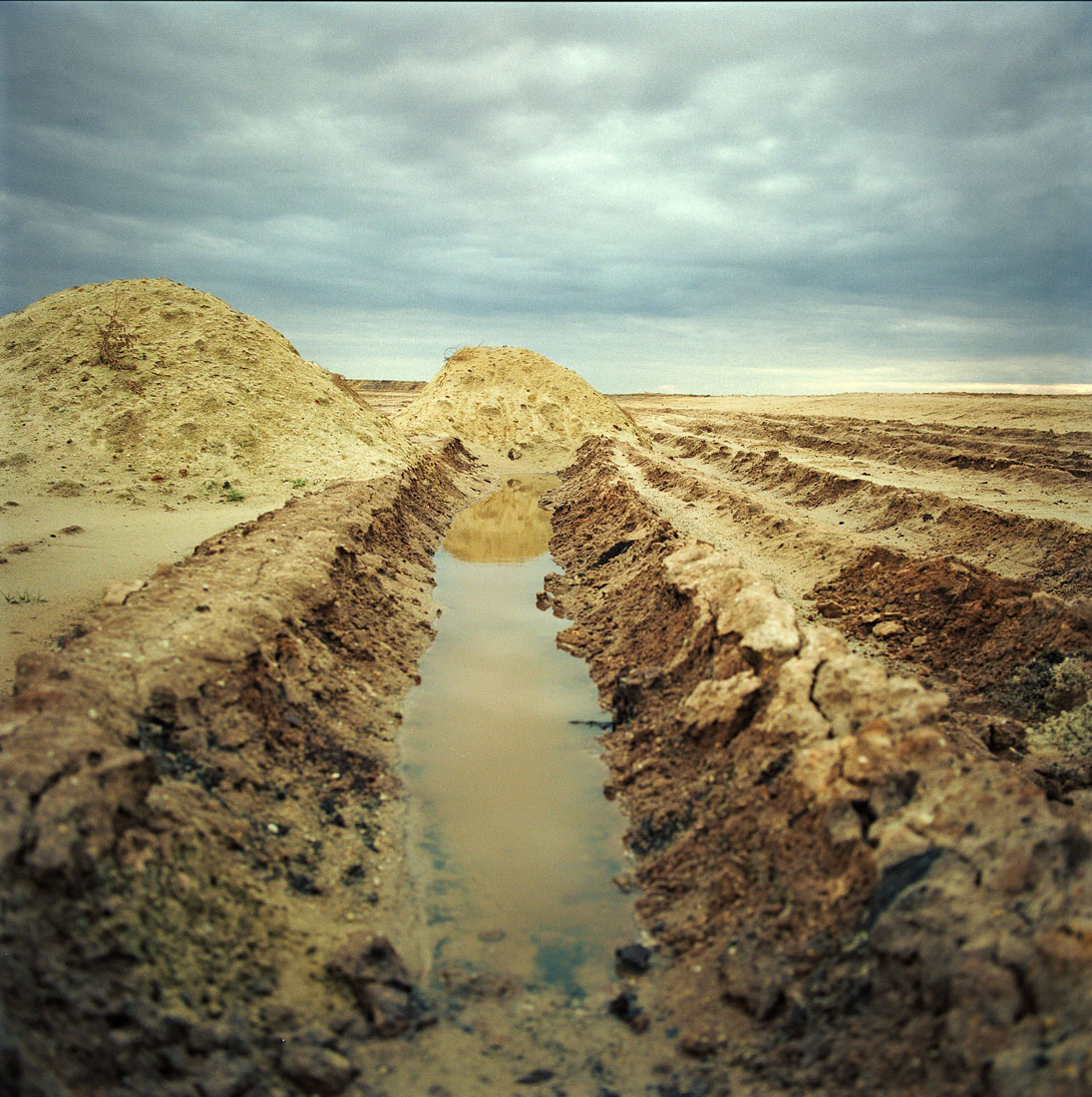 - Photography and Documentary Film project - Mass coastal tourism was born in Spain in the 1960’s. The Franco government badly needed money and quickly built new touristic complexes on its sunny Mediterranean coast to lure people from rainy, gray northern Europe, where workers had more vacation time and income than ever before. In these complexes, the architects intended for northern Europeans to be able to enjoy the Iberian sun without having to experience culture shock, which explains their anonymous architecture, absent of Spanish roots. In surveys, tourists say they come to Spain for the sun, the beaches and the low prices, but not for the culture. Since then, so much building has been done, that there is almost no spot left on the Spanish Mediterranean coastline that has not been cemented over or covered with a golf course. Will the continued development of this “constructed paradise”, with its artificial beaches, non-native palm trees and irrigated golf lawns, where water is scarce, destroy the very nature that attracts tourists to the coast? (Please also see Pittman’s documentary film “Concrete Coast” about a Spanish family who loses part of their generations-old farm for touristic development.) 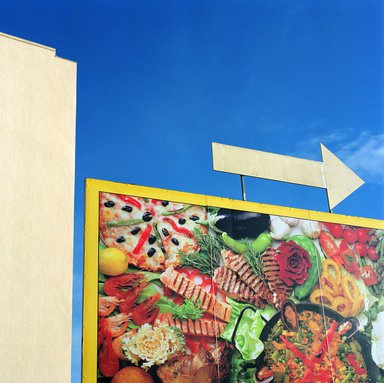 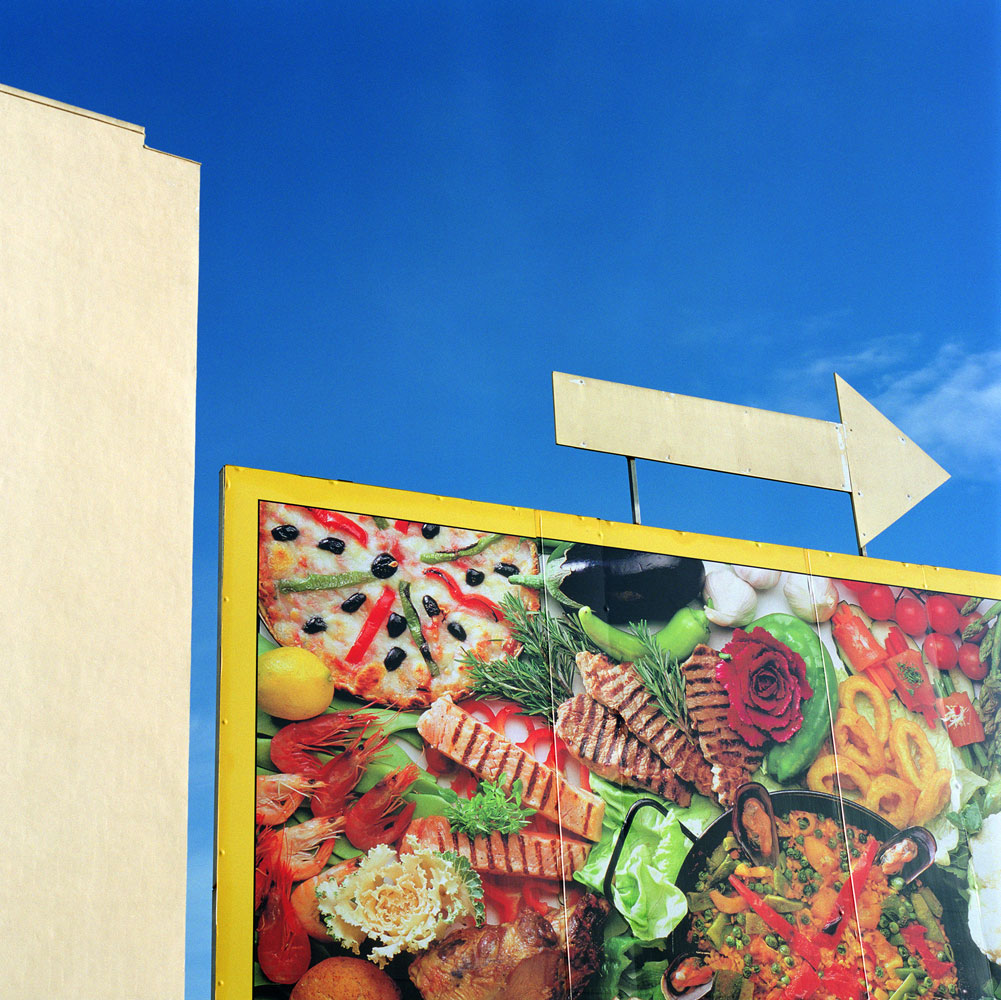