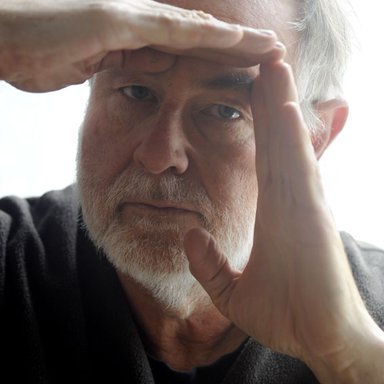 During my studies in Karl-Marx-Stadt, in 1979, I am encountering the circle around the nonconformist group of artists Clara Mosch. That allows me to look beyond the limits of the GDR. I decide to work with photography and action art. I do experiments, an approach that I continue into post-reunification times.

At the heart of my work ly the concept of perception, the denial of the gaze and the discovery of new pictorial possibilities. I pursue a media- and socio-critical approach. As a photography and action artist, I am working on various levels. In addition to photography, I create performances, installations and objects, whether distinct from one another, or emerging alongside, or in confluence with one another. The performative, the apparative and the resulting consequences are playing a central role. Another focus is on self-reflection and the visualization of the photographic work as a creative process. I am focusing on the mechanisms of image production and image perception as well as the impact of photography.

Uwe Warnke interviewing with Kurt Buchwald. Excerpt from the book SICHTABSICHT. This monograph from 2016 shows for the first time in an overview of the most important actions, performances and series of works from 1979 to 2013. PHOTO EDITION BERLIN Gallery and Publisher.

The "Confounding Pictures" of the 1980s were followed by the series "Images + Shutters" (1990-2000). I experimented with the blanking and using 5-inch-wide discs which I attach to the camera. I can choose different shapes of a shutter, which I put together into an algorithm. The panel prevents access to the background in the portrait it is an imaged person. By obscuring, the viewer must complete the missing parts of the picture. I am also using colored screens, grids and pinholes. Man-high steel panels are created, the instruments of perception that work without a camera. In the end, I am constructing an experimental arrangement into which I insert obstructive shapes between a strip aperture. I observe interference and the distraction of the light. 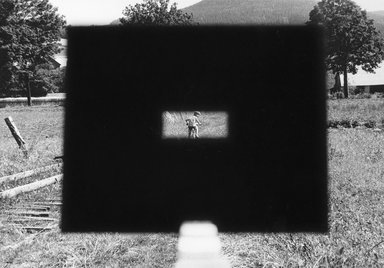 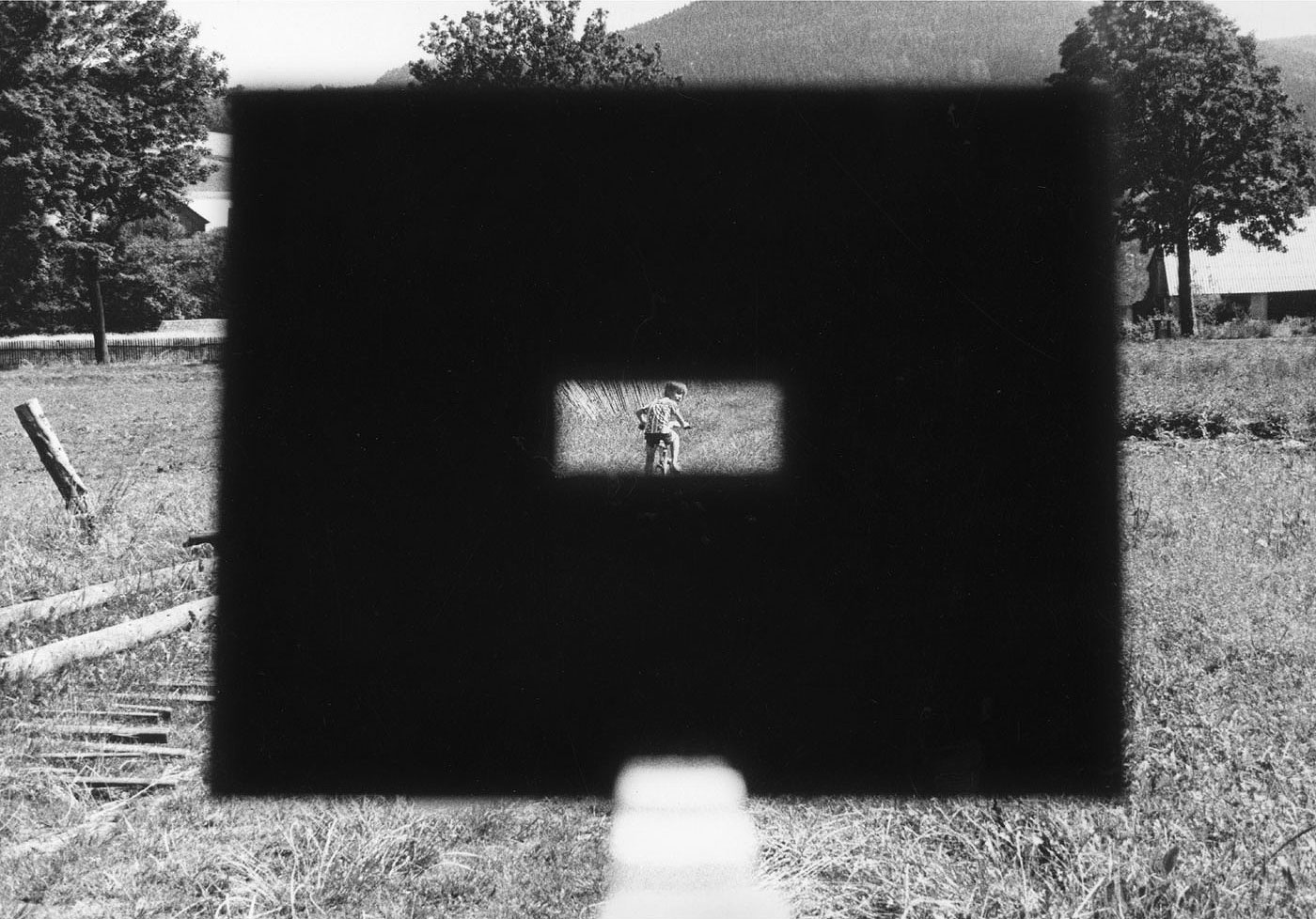 Since 2001, I have been using a tube or a box whenever photographing. They change the image processing, a different perception arises. The photographed object becomes its own obstacle in the tube (series: In the "Circle of Perception" 2001-6). The boundary of the perceivable becomes visible. In experimenting with the cut-out, the occlusion and the lighting, new irritating worlds appear. In the light room of the box, surface structures are clearly visible that would not be visible under normal lighting (series: "In the Box" 2012). There are portraits of people looking into the box. Their anonymous hands become sculptures. I summarize both in the 2,6m-high photo sculpture "In the Box", which shows the participants of the Pleinair in Zella-Mehlis. 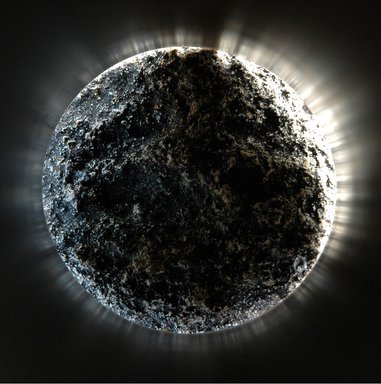 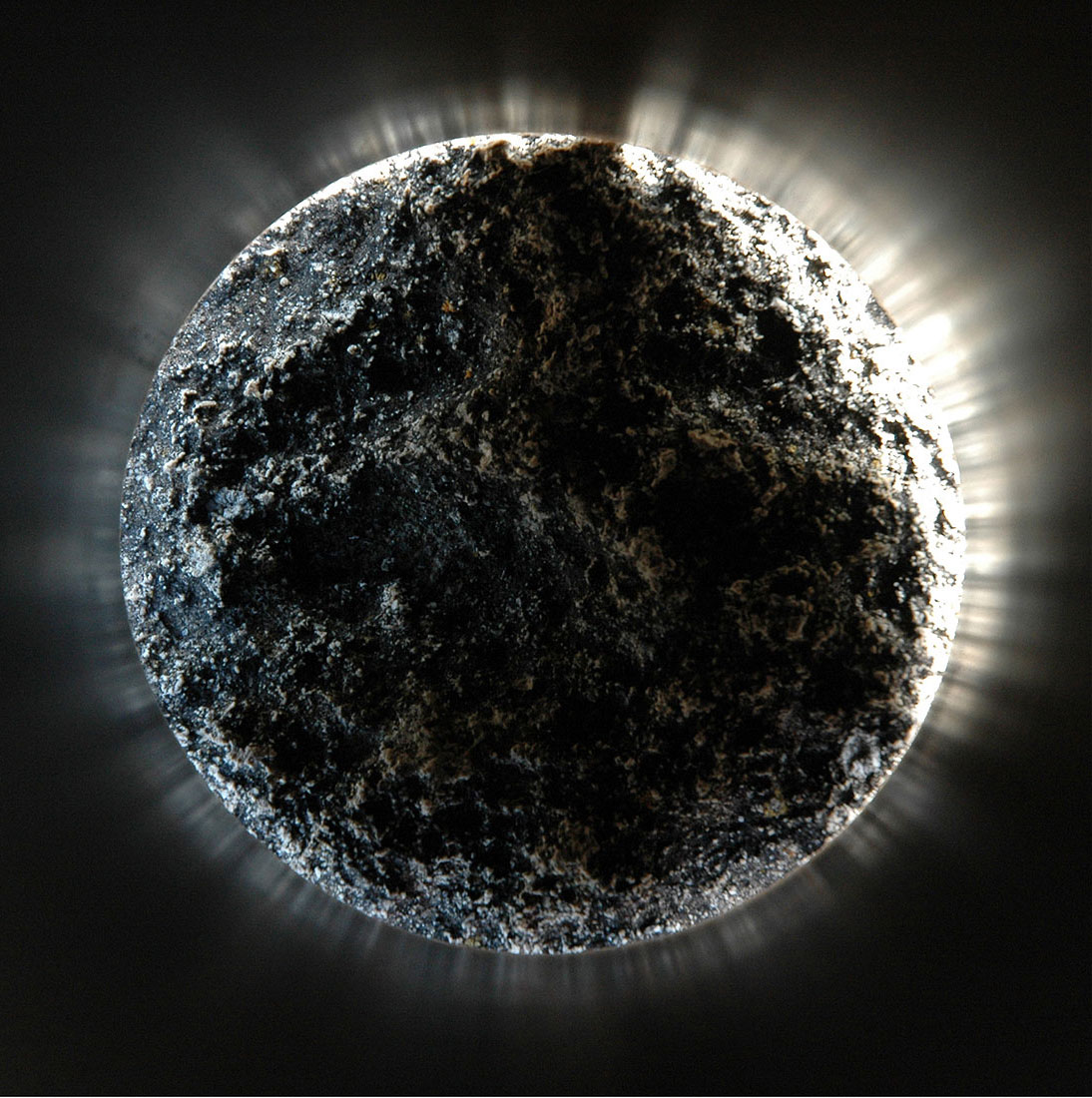 The project "Asphalt&Work" (1985/86) focuses on heavy physical work, which I circle taking pictures from various photographic perspectives. I put together themes: the material, the work, the process, the worker. Social situations and poetic moments do not interest me, but the uninhibited view which - fragmented - emphasizes traces and details. The process is visualized in sequences as well as long exposures. For the first time, individual images and portraits are created. I invent the picture tableau. When I start with half-portraits for a new project in 1988, I reject the pictures and put together surreal picture stories ("In the Living Quarters", "Obscure Situations", 1988). 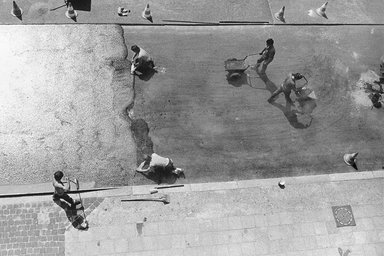 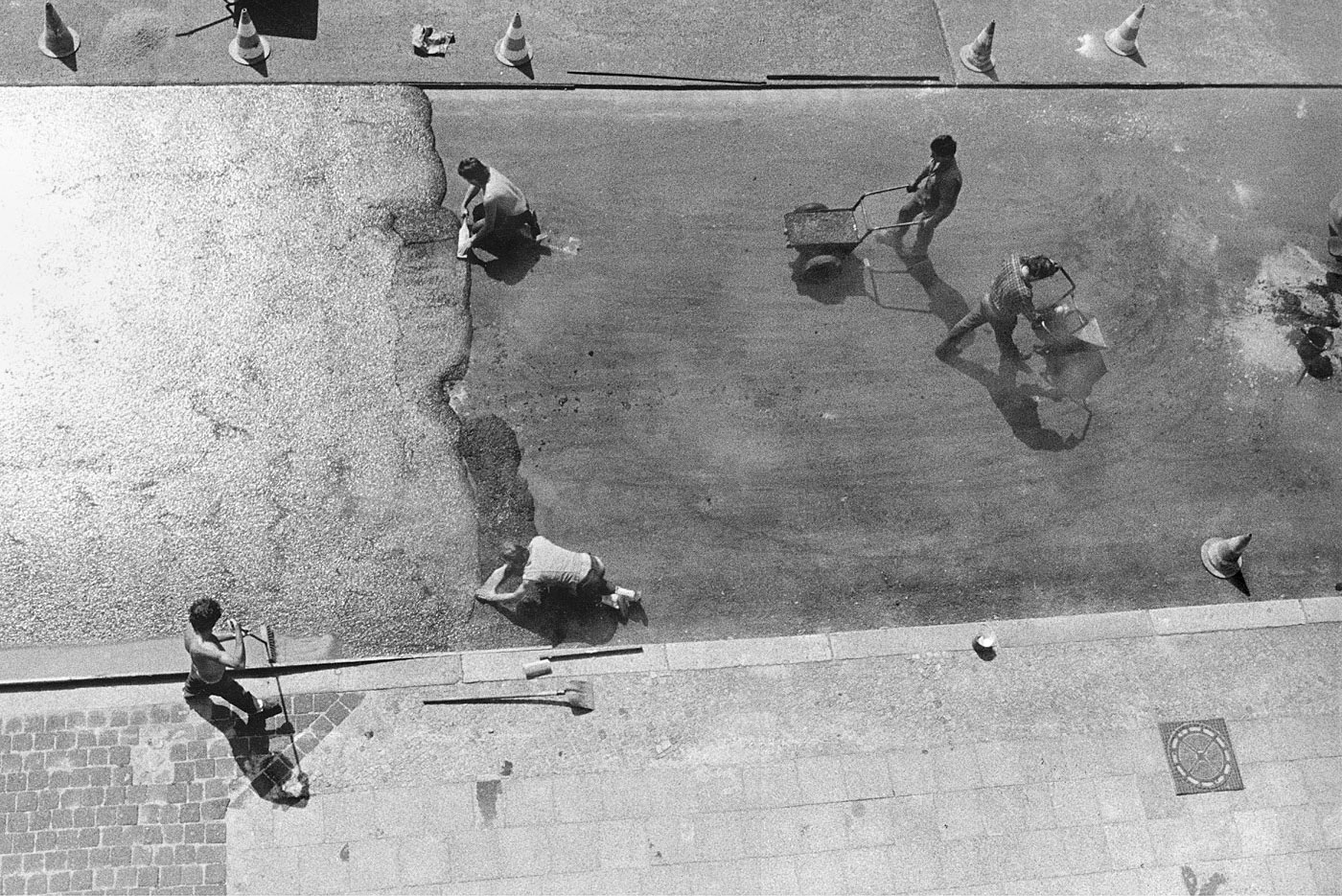 With the jump into the pictorial space I am leaving the place behind the camera and am starting with the action. This way, your own body comes into play. I have been working with the action, since 1980. I associate them with the problem of perception. I question the technical media ("Action TV-Set-Incineration", 1982). The image concealment begins with the action "Stehplätze-Störplätze", in 1984, on Alexanderplatz in East Berlin. The photographer stands between reality and his image. "No photography allowed!" starts in 1988 on the Red Square in Moscow and is carried out worldwide after the turn until 2005. In 1993, I founded the "Office for Disruption of Perception", which irritates the audience with fictitious orders and prohibitions. In 2003, the "tube people" come into the world and, in 2005, are founding, the tube party, W.A.R.U.M.. 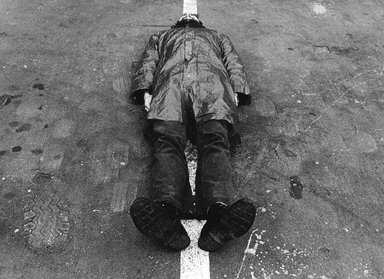 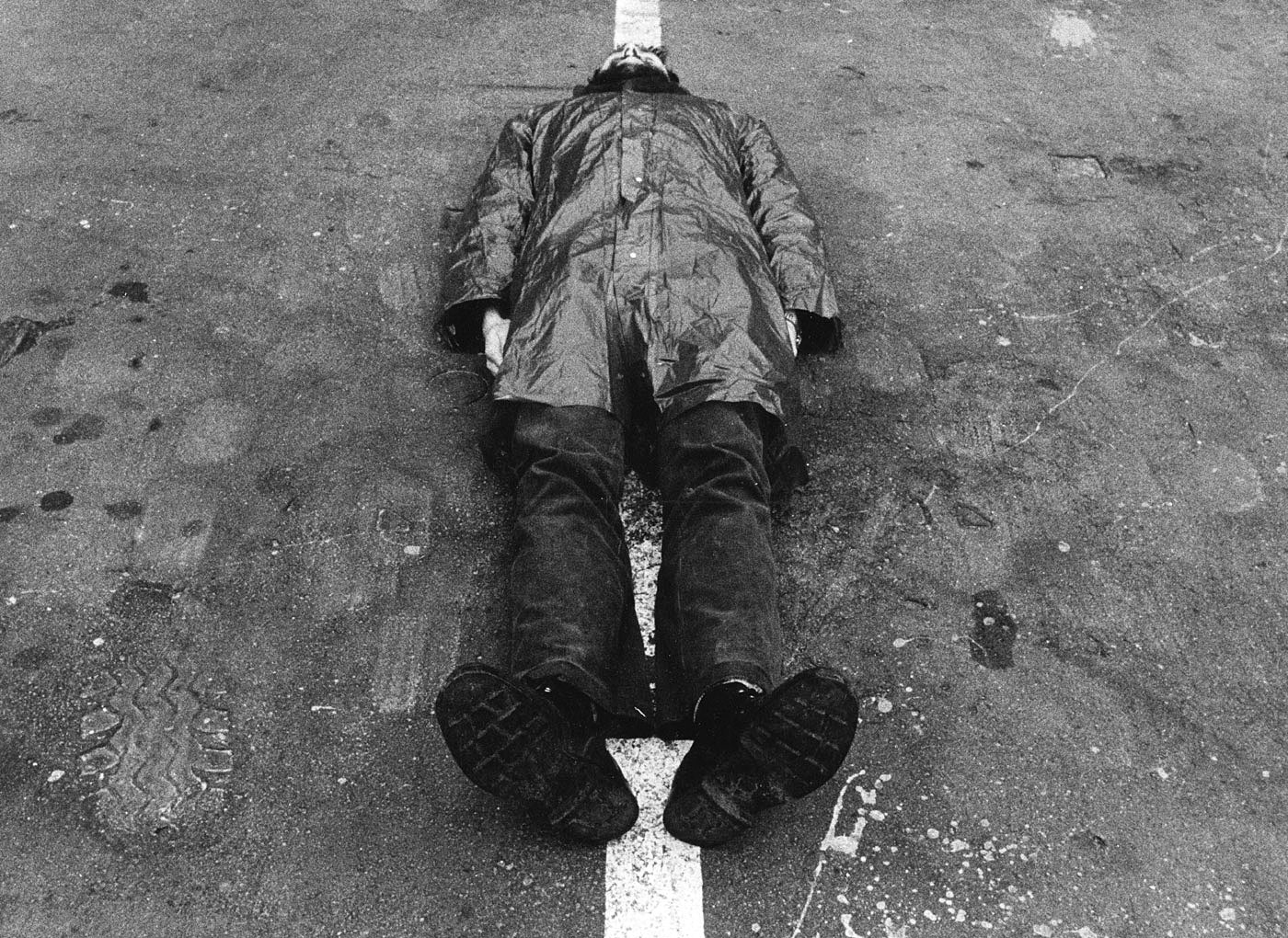