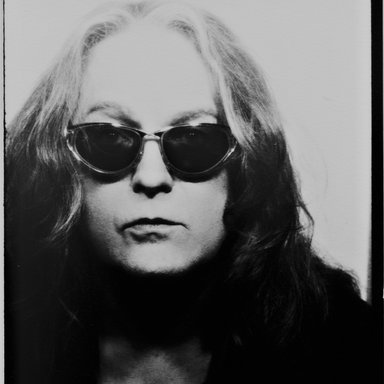 Berlin-based photographer J.Jackie Baier is a woman since the mid-nineties. She also works as a film director. Her films premiered at international festivals like the Berlinale and the Mostra Internazionale d’Arte Cinematografica/Biennale di Venezia.

It’s tricky. It’s about views, glances, a certain gaze, assumptions that might or might not meet the facts. It’s about moments, movements, affairs and relations. For years I lived by night. It was as if it weren’t worth getting out the camera as long as it wasn’t dark. – And even when darkness finally falls, most subjects are too well lit when I find them. I’m looking for a story that hides in the dark. I imagine situations that aren’t real anymore or not yet. – No matter if they ever were or will be real. The problem with light is mostly to avoid it. With a little practice, I find a way. But the nights keep coming and going inevitably. I walk past a room, look around me – it is dark and it is crowded. Music at full volume. A beer at the bar, further down a group of men at the soccer table, behind it – kind of a backstage room, but it’s not worth the name, it’s just a room behind a door with a curtain, unlocked since all the keys got lost somehow. But it is clear at all times that doors are useless without people walking through, and that is what they do largely. There is no place to hide, no secret room, where you can arrange meetings for a portrait before or after the show. No more caves, no more silent moments. Everything happens in the middle of the public, every action is party action, everybody is rolling around, dancing, spoiling beer and vodka. Men are shouting to make themselves heard, people pushing forward, men who head for the urinal or for the toilets and the coke. Everything, every movement, even holding a camera in my hand and lifting it to the eye – it’s all in the middle of a performance. Everything seems to be amorphous, the lighting disintegrates the forms. I throw myself into the revolving darkness and as I point and shoot, I desperately wait to be struck.

A couple of years ago I worked in a hostess bar. Actually, the place was a brothel. Here, all the working girls were transsexuals, and I was one of them. After a while, I started photographing the girls. Soon it was almost all about the photos. I photographed my colleagues - they sent me some johns, so that I could make money for the negatives. For them, every print was a proof. It proved that they were beautiful. For all eternity! I photographed them with sometimes jealous curiosity, eager to find out about their secret, how they managed to feel the way they looked in the photos – absolutely faboulous, in a way: Icons of themselves. 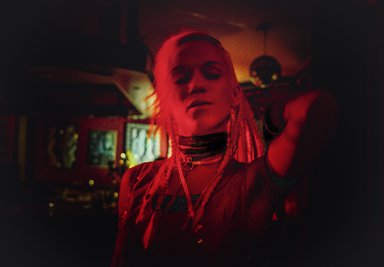 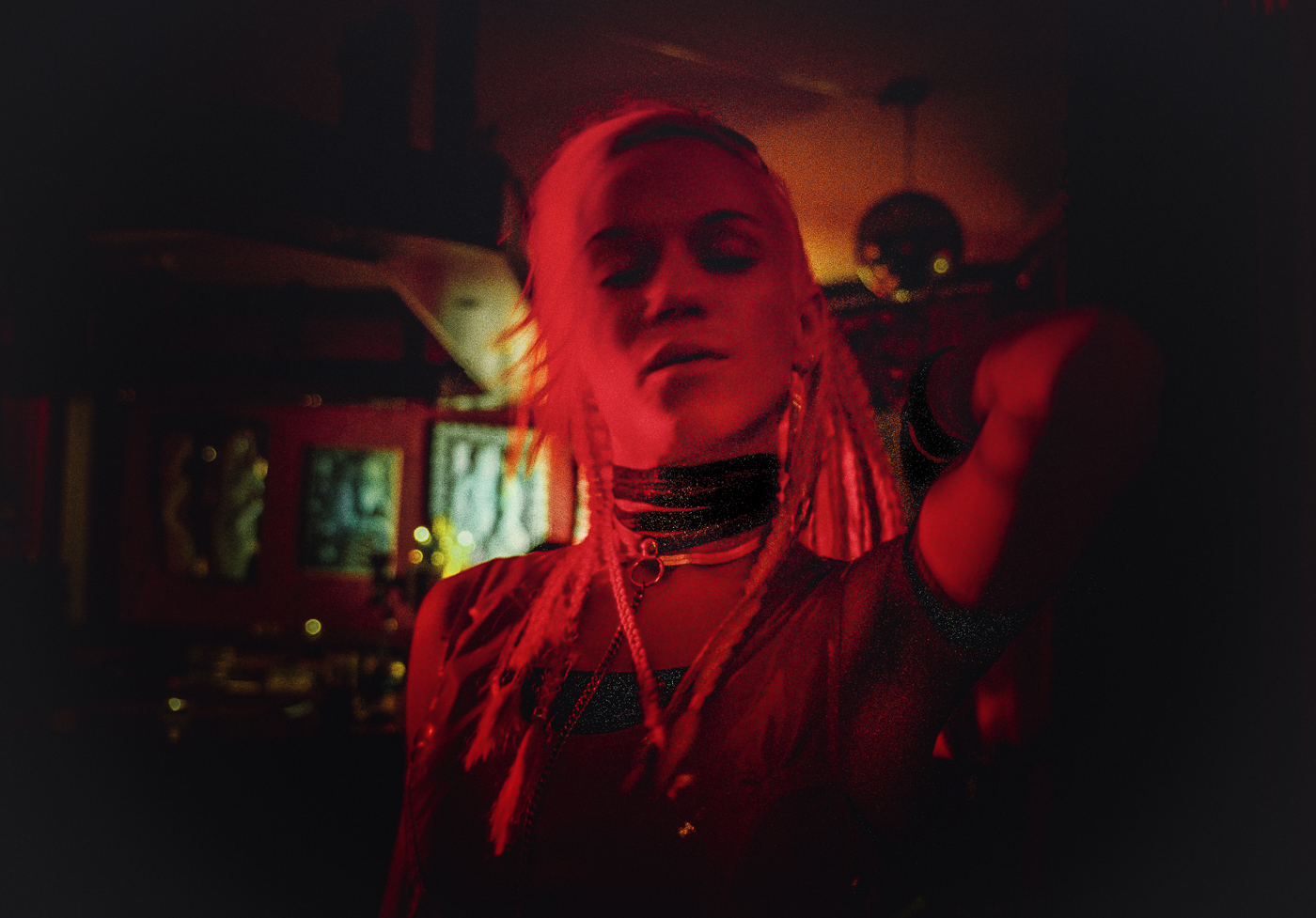 HOUSE OF SHAME is a Queer Party in Berlin that offers disco house beats and live acts every Thursday night. Every Thursday a new and different act – for the past twenty years without interruption. Chantal is the organizer of this party – for all of the past twenty years. Before that, she was a tranny hooker on the streets for 17 years. Chantal is transsexual. And an underground legend. For me, Chantal's House of Shame was and is Berlin's Hole Lotta Love: A hole full of love, the perfect party for the best time of the day – that which follows the end of days. I've taken photographs there throughout the entire past twenty years, initially with major intervals in-between and later nearly all the time. I'm no party photographer. But excess and the end of the world are two good friends of mine. During this time, 200.000 or more negatives were made, both analogue and digital. 200.000 decisive moments, with emphatic reference to Henri Cartier-Bresson's concept of "the decisive moment"– or, at least, the attempt to catch it. Again and again – until we began making a film. 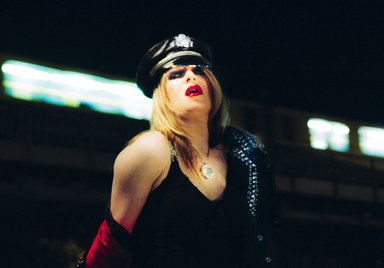 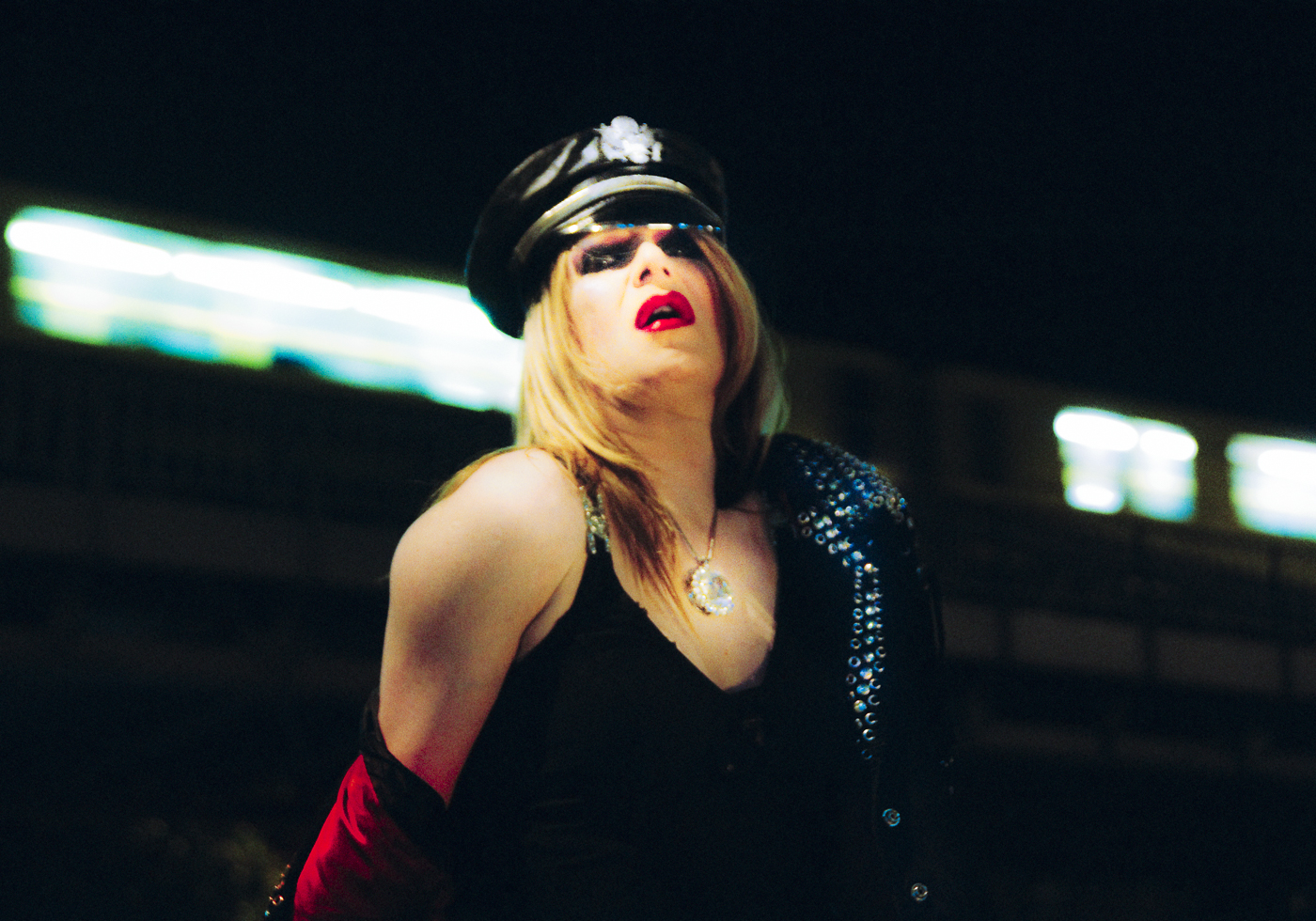 It was all about the photos. With Julia it was clear from the very beginning that I just had to photograph her. The other way around was also clear from the start: that she likes being photographed. It offers her confirmation, initially, of her beauty — forever. Later, that she was there; the photos are proof that she lived. And today, the photos sometimes appear to be, for her, as reason or pretext for someone to come by and look for her. Or is it the other way around - am I the one who needs the pretext? Do I need confirmation? Who’s following whom? (directors‘ / photographers‘ statement 2013) “JULIA by J. Jackie Baier World Premiere August 31, 2013 Germany/Lithuania World sales: M-Appeal An all too human story of passion, abasement, self-discovery, and rage directed at the whole world. What exactly makes a boy leave home and his country, Lithuania, to wind up dressed in women´s clothes on the streets of Berlin, selling his own body for money? For over ten years photographer and filmmaker J. Jackie Baier spent her days and nights alongside the transsexual Julia K., filming the life and thought of a self-appointed outlaw and guerrilla fighter in the war of life. A film that can´t be pigeonholed, the unfiltered vision of a raw, extreme reality, Julia marks a milestone in reality cinema, with the camera no longer a simple eye-witness but an accomplice or first-hand observer of a person whose identity defies all labels.” (from: catalog Venice-Days/Giornate degli Autori within the official program of 70. Mostra Internazionale d’Arte Cinematografica/Biennale di Venezia, Venice/Italy, 2013) 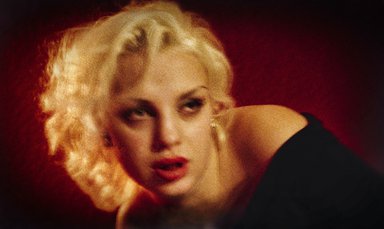 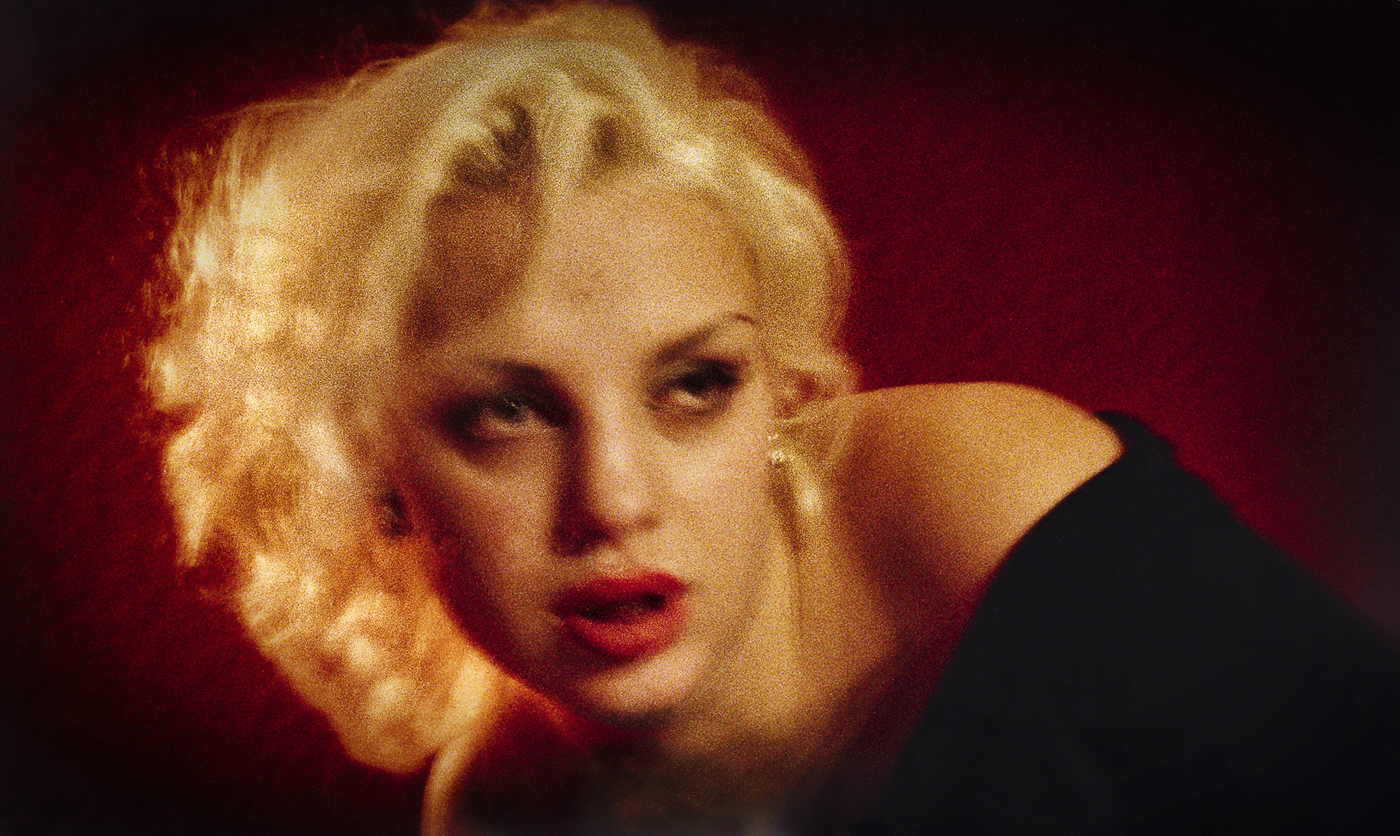 An exclusive magazine edition of J.Jackie Baier's black and white photos, REAL COOL TIME contains „photos of people and other objects of desire“ Jackie has met or will meet. REAL COOL TIME is a printed magazine. None of the issues or photographs appear on the internet. The saddle-stitched magazines are sized 18×24 cm, 20 pages, and contain 16 full- and/or double-page black and white photographs. Edition is limited to 12 issues (ed. 50/issue). Sales are closed. 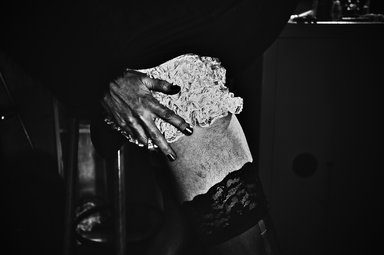 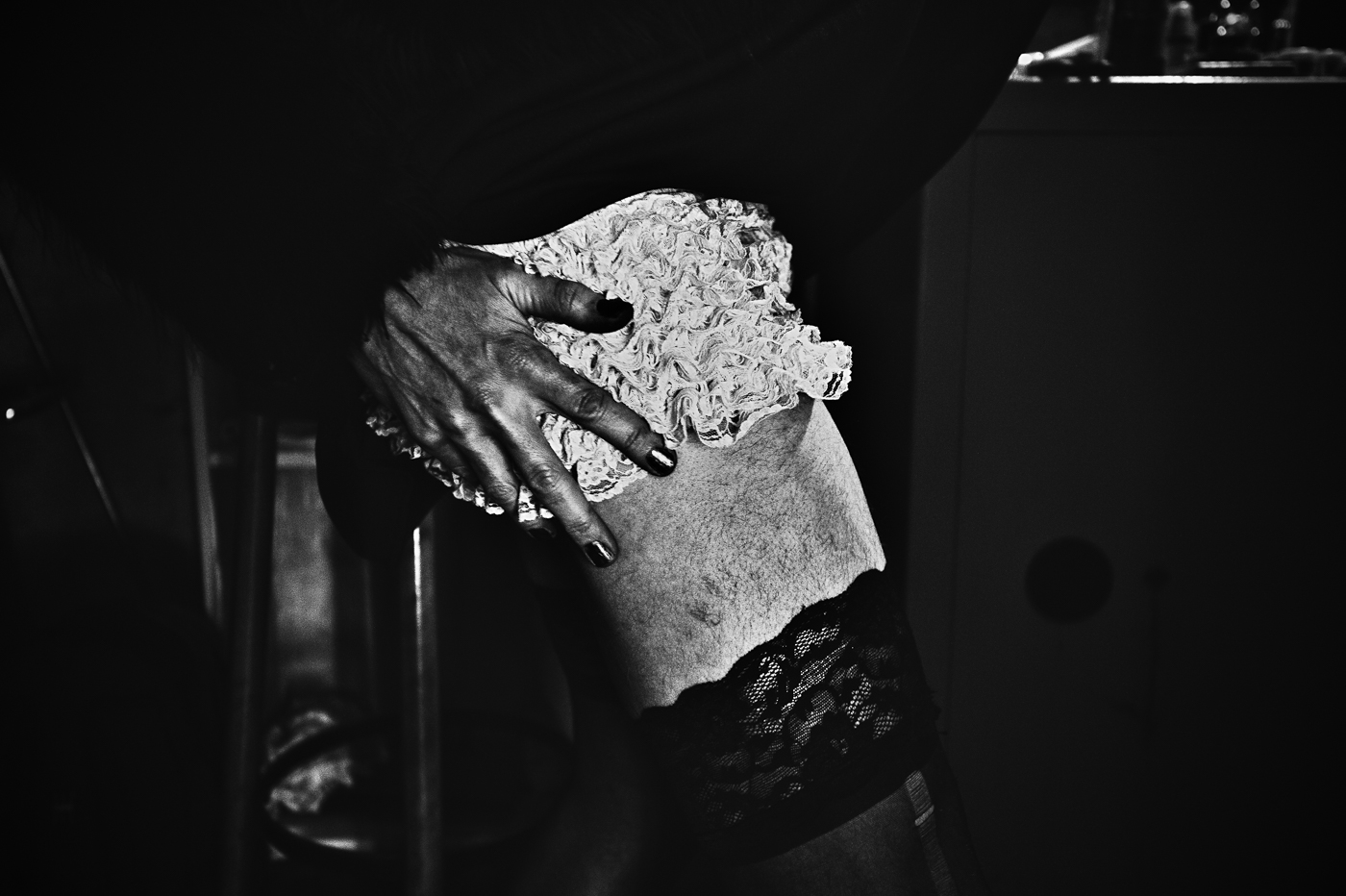