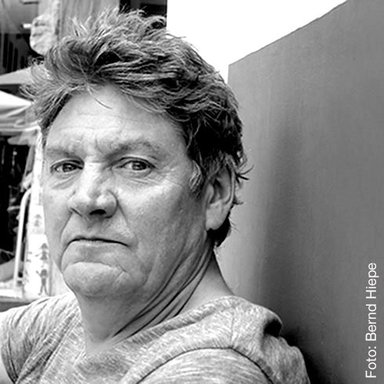 After I had stopped studying building material process engineering, I turned to photography in 1977 and learned my profession. Through the collaboration with the East Berlin writer Thomas Günther and the painter Sabine Jahn, this became interactive artistic work, which was reflected in the production of artist books - editions, performances, photo sculptures and videos. Since 1995 I have been teaching at the Bauhaus - UNI Weimar and the European Art Academy Trier.

My photographic, object and video work ironically reflects on the risks and side effects of our contemporary image society: It comes to the making of a photography. Because it has always been my means of expression. Often some ideas begin by looking at them, under using classical journalistic photography and take on a life of their own in the course of the production. Sometimes objects, performances or videos are created through research and development on site. I like to deal ironically with the everyday and with the need to nobilitate and explain it through traditions. Visual common property acquires new meaning through duration and justifies itself in the present. I move in a labyrinth of tempus forms, let the present freeze in the past and the past walk around alive in the middle of the present. My sometimes sly play with forms of manipulation and clichés, with interchangeability and uniformities, can reveal the artificialities of our everyday mentality and also trigger a kind of refreshing irritation.

Be a plank! Temporary performances. Not to recognize, but to anticipate. What has already been celebrated millions of times on the net becomes a commented description of everyday life. A kind of active biography, if you will. I counteract the most diverse daily moments and involve other people in the process. They become part of the process by sometimes taking the photos. Of course under my direction. Where and how I take my time usually depends spontaneously on the respective situation. 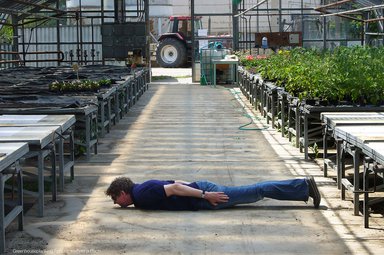 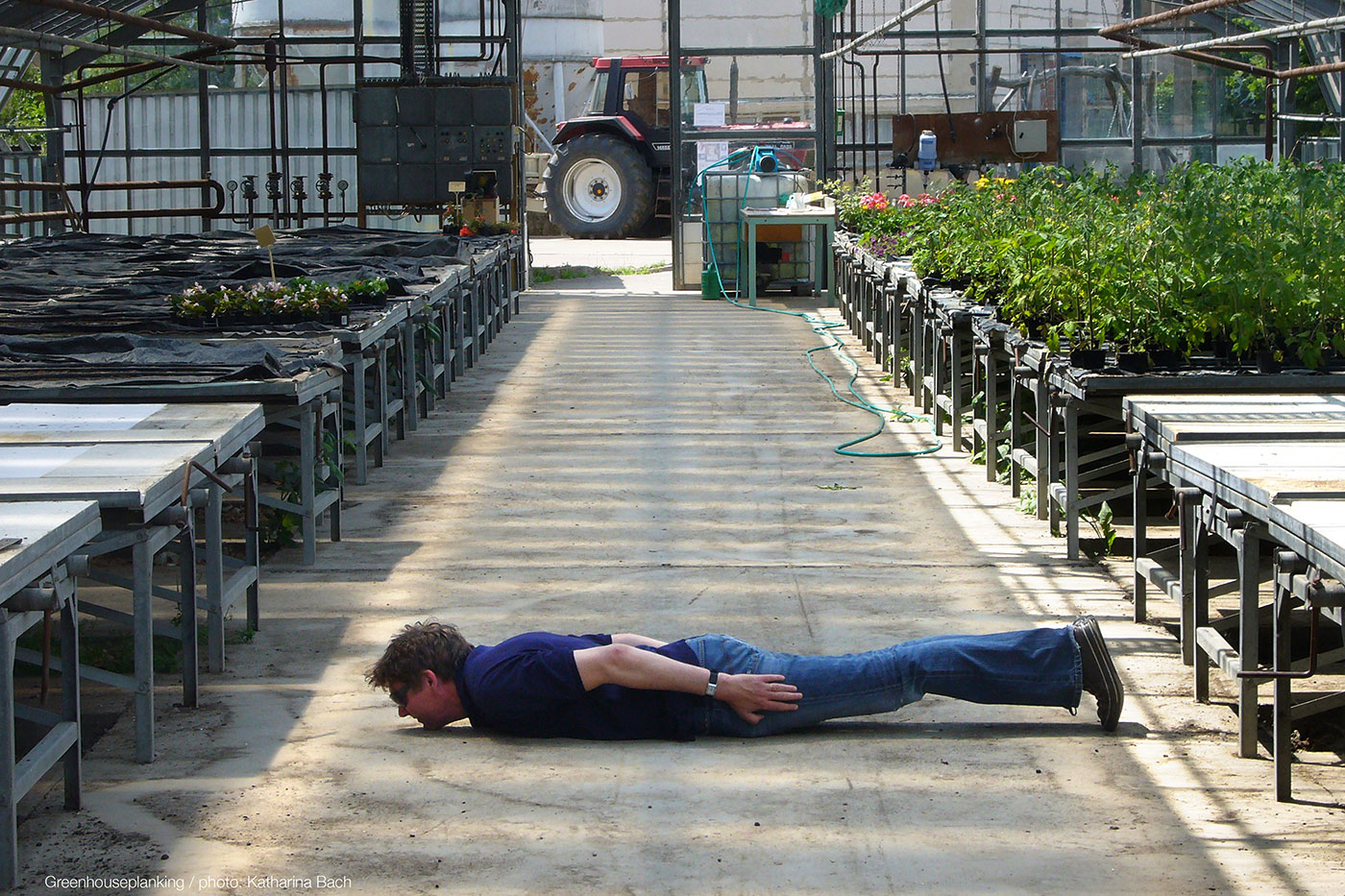 By means of coloured light staging at night dawn, Weimar's sculptures and buildings were interpreted in the basic colours of the Bauhaus school - red, yellow and blue - in a contemporary way. 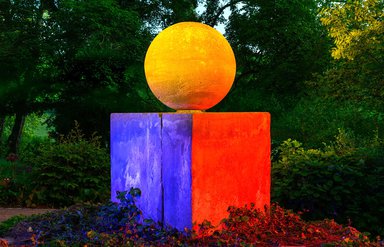 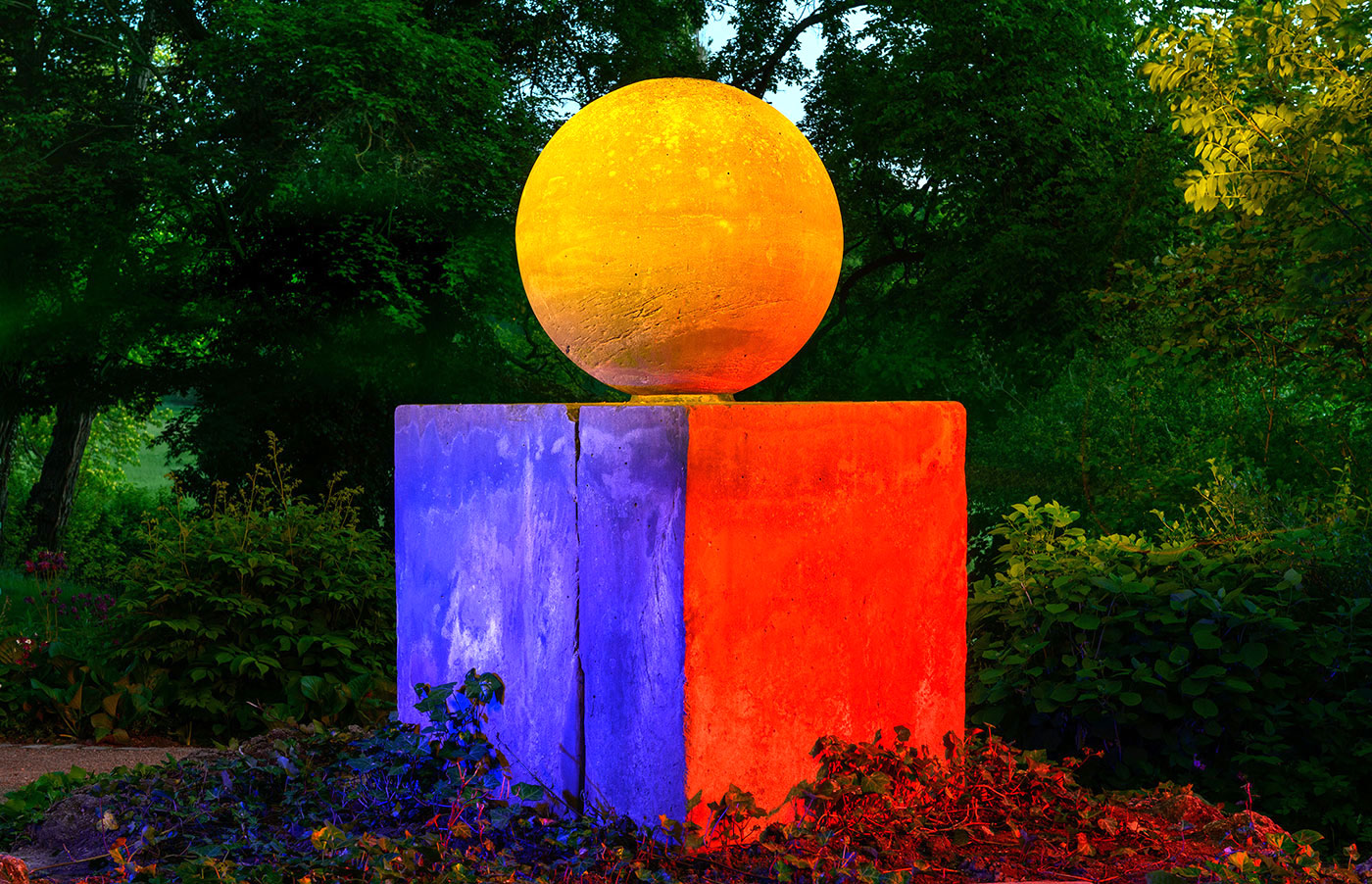 This presentation aims at the art of perception: Selective recording and evaluation of what one knows in dependence on what one sees. The “Foundball” suggests an alleged excavation object. Pure invention. Helena Augusta, mother of the Roman emperor Constantine, was considered a possessed archaeologist. The installation called “Helens Zimmer” shows what it would have looked like if she had already possessed the communication and aids of our present time: Fan, perfume flacon, laptop, measuring device, mobile phone, pistol and digital camera appear as excavation finds of her century. The “Found-sausage” was found on the parsonage in Arnstadt. The “Cradle of Modern” comes from the surroundings of the Templar House in Weimar's Ilm Park, the studio of the Bauhaus Master Johannes Itten. 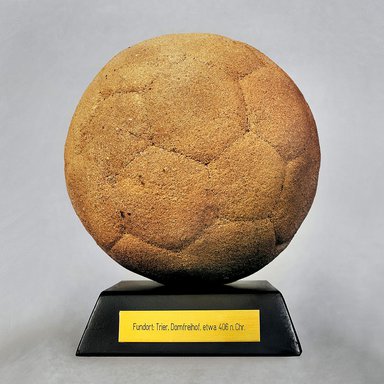 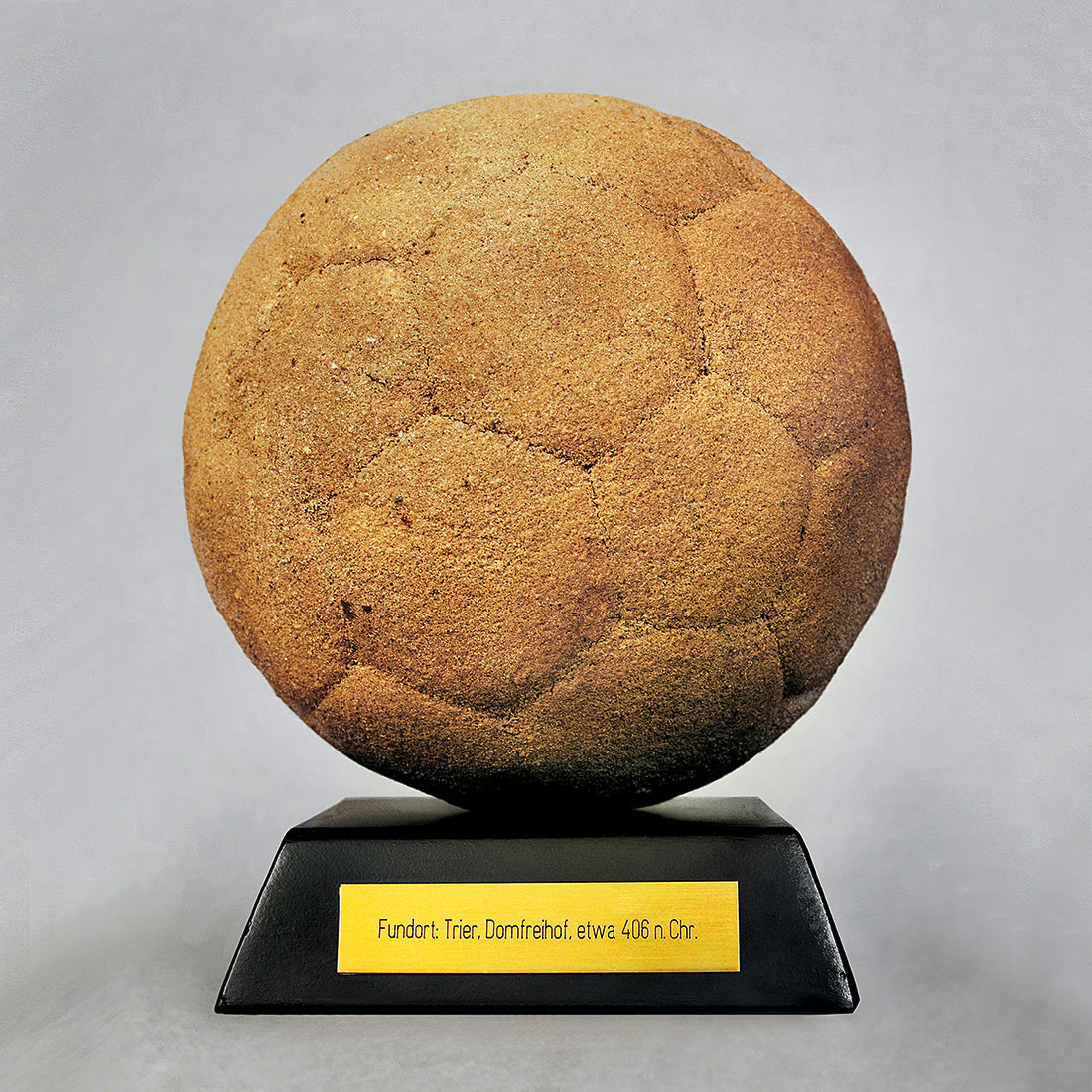 Originally conceived as an inspiring collection of photographic material, everyday black-and-white snapshots of various social milieus and quarters condensed into a picture chronicle of the city of Weimar from the years of the late GDR to modern times. Nowhere is the contrast between small-town pong, Nazi barbarism of German, high culture and classical modernism greater. 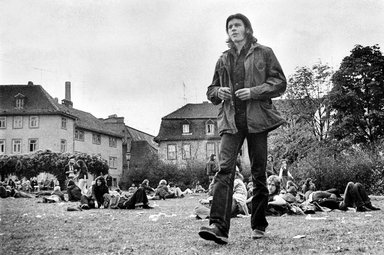 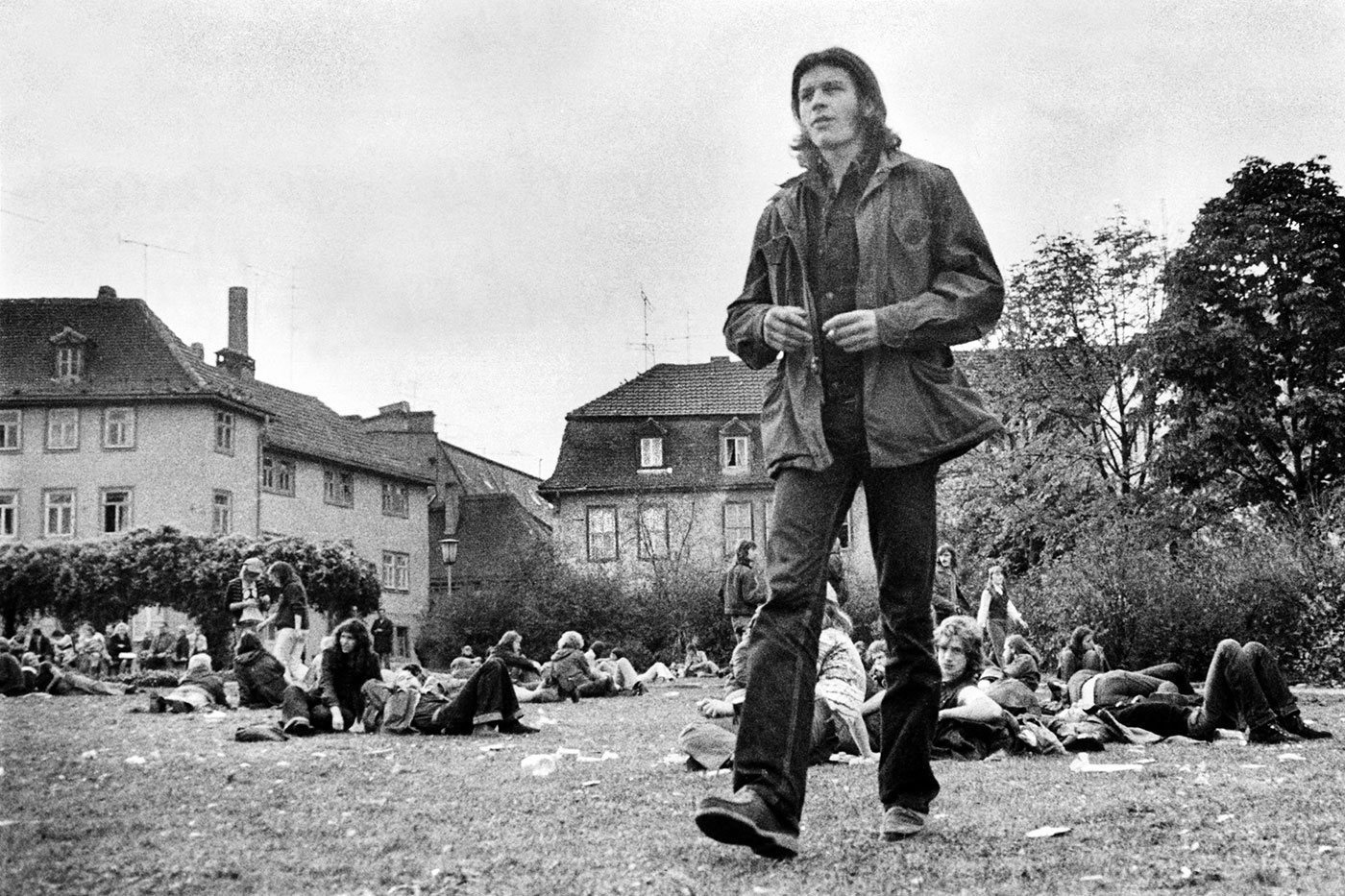