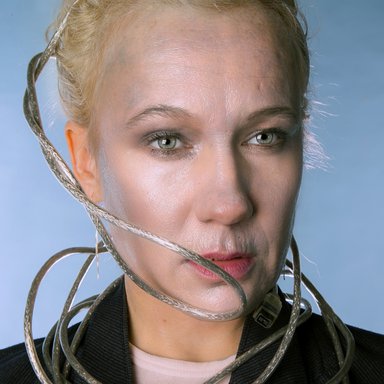 Born in Cologne, Germany, I began my career in advertising in Vienna. Feeling unfulfilled in this profession, I moved into the arts, and completed a BA at the Art Academy in Kassel. I did postgraduate studies at The Academy of Media Arts in Cologne and was assistant to VALIE EXPORT. After graduating, she was assistant lecturer in the field of virtual reality at the Art Academy in Kassel. I adored teaching, but also wanted to find my own artistic position. My curiosity about the world manifests itself in my artistic actions and carries them to this day.

The oeuvre of my art is in itself an open system: bringing together different approaches in ideas and longings, which all aim to go beyond postmodern thinking. Conceptual photography is at the centre, which is interdisciplinary and interactive; it encompasses video installation and documentary film – I use them to investigate complex themes. My artistic approach is guided by the idea of opening up new spaces for an artistic experimental process. For years, my primary intention is to present the role of women within diverse cultural and political systems. A central theme is of the battle between authenticity and codes of Social convention. In this process, I use in particular the conceptual self-portrayal as a template for past as well as future-oriented role models. My projects always range at the intersection of the factual and the fictional. For me, photography is more than a medium of representation, rather it represents a social practice in transmitting experiences. The image is never simply two-dimensional; for me it always has the role of conveying a story that goes beyond the pure depiction. Questions of measurement, evidence or representation always found modi of power unfolding in the photographic image. The expectation of the Real is as old as photography itself. With my work, I aim to create mental spaces, seeking a poetic surplus, which goes beyond the motif and eludes complete verbalization. My oeuvre spans many time zones. As an artist and researcher I have travelled to Asia, Africa and South America to explore the traditions of women´s wisdom. My work aligns with a growing wave of scholarship on gender issues. I try to find possibility for an alternative worldview that can help human beings symbolize their time, place, and obligations in a way that accords more closely with science in harmony with a sustainable future. As an artist, I believe life’s most poignant moments come from the ability to fuse fantasy and reality.

Light Matters attempts to create a new kind of bond with Hong Kong in this difficult time of politics, opening up new visual channels in the process. In this multimedia project, my protagonists primarily use the language of gesture and dance to articulate and illuminate their inner worlds. Here I have primarily collaborated with people who stand up for freedom. Their body language conveys subtle messages, revealing emotions in a very personal way. Images and voiceovers are used, but identity is protected. The restrictions on freedom of speech only become apparent through their movements, which transform into their own calligraphy of words. Here I draw inspiration from Hannah Arendt’s concept of political acting: 'We are able to begin because we are, existentially speaking, all beginners.' 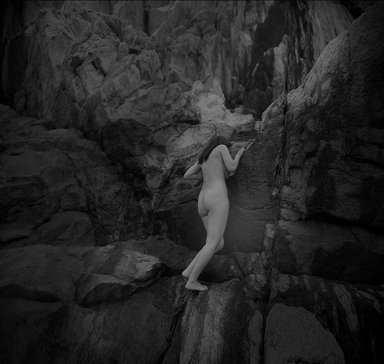 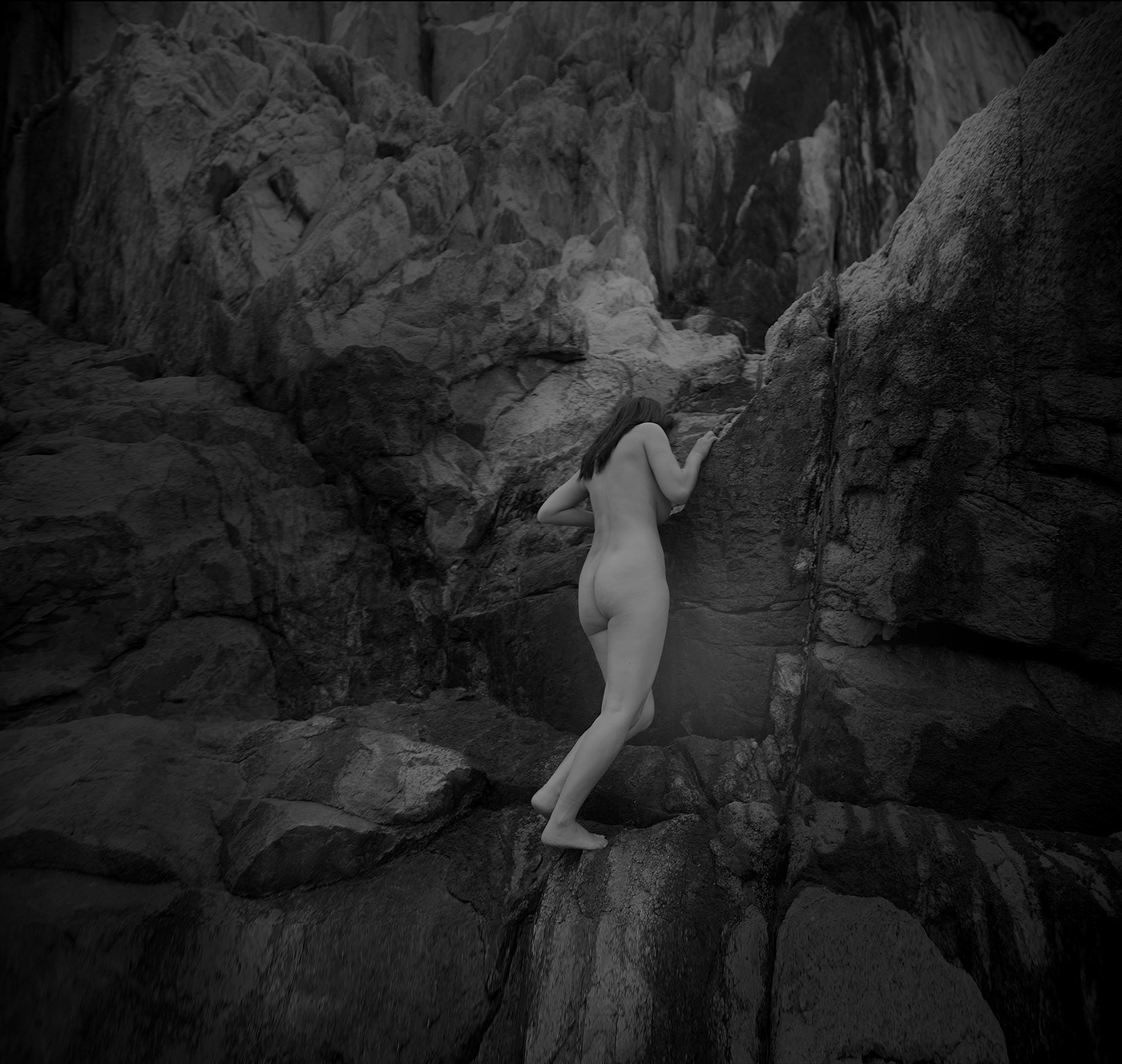 In recent decades environmental disasters have frequently struck the poorer. The Germans naively believed that, as these environmental catastrophes were far from Europe, action on climate could be deferred. In July 2021, a torrential area of heavy rain moved across the West of Germany. The Ahr valley was particularly affected and frighteningly reminded of the post-war situation in Germany. For this project I worked with mirror images: juxtaposed with the generation of " rubble women", with young women. Our memories are tied to places, faces, to family stories, to experiences that one passes on to the next generation. So these mountains of rubble stands as a reminder that time is the most precious thing we have left. This project looks back and at the same time goes far into the future by asking: "What remains when everything breaks? When the things that make us happy just disappear? Who do we want to be after the crisis and in what landscapes do we want to live?" 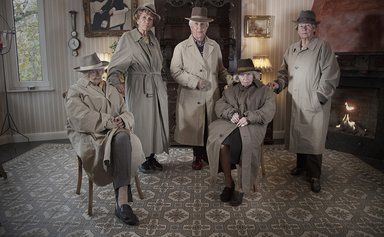 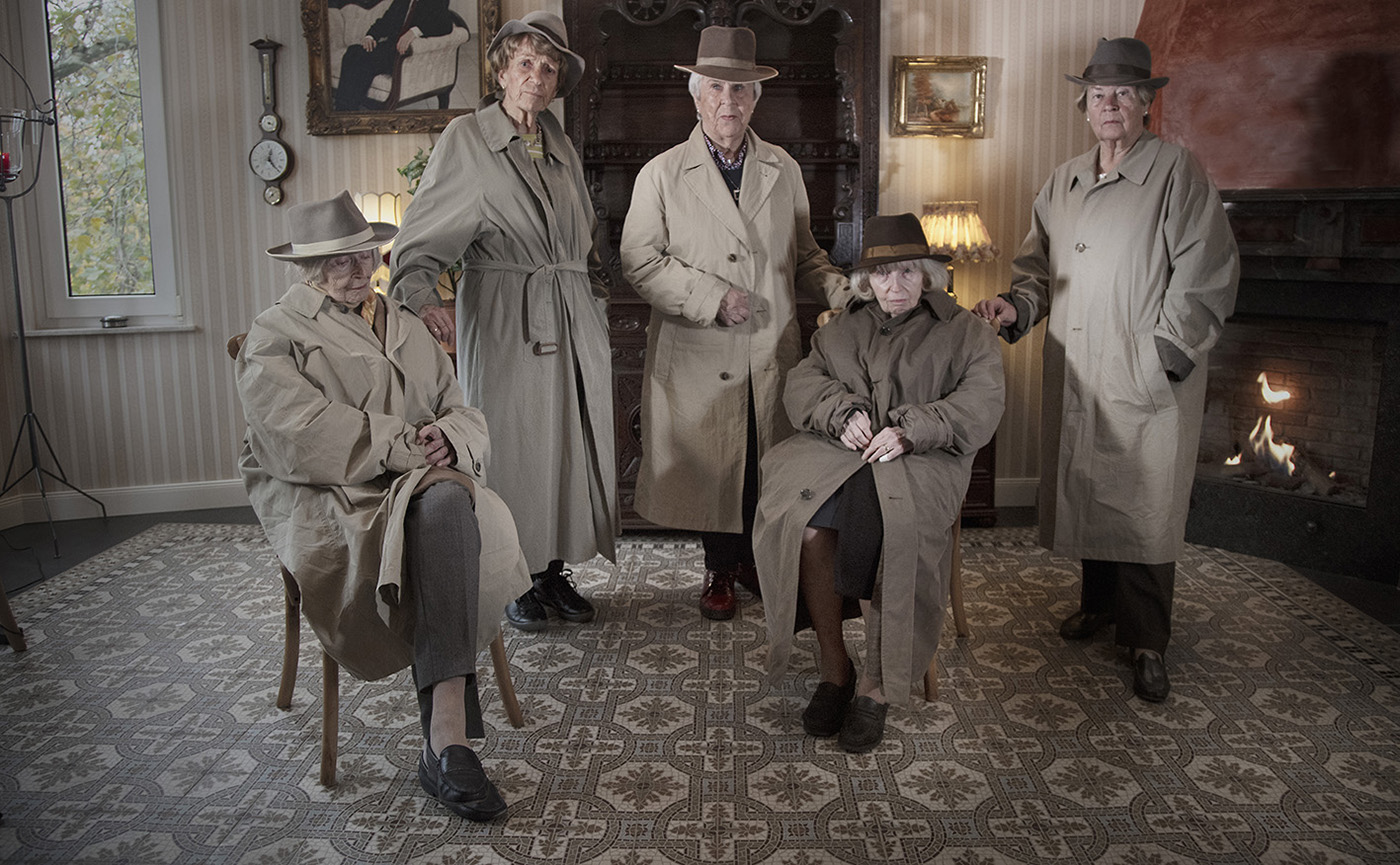 'In FEMINIST, Catrine Val records situations whose very banality lends them the archetypical character of myths of the commonplace. The person depicted has absolutely nothing to do with the here and now. In this case, fashion functions as a “tiger’s leap” into the past, as Walter Benjamin once so aptly put it; however, it is not that the past is brought back to life, but rather the very fact that it is over. FEMINIST hovers between the realms of fashion and performance, critique and joke. She transforms herself again and again. In post-war West Germany where Val was born and raised, the abundance of serialized architecture represented the future: the physical rebuilding of a society and the growing wealth of the economy. It is purposefully evident in the meticulous process of Val's transformation; The figure in these self-portraits does not have a place anywhere; her time is not the present, and the moment depicted is an impossibility.' Text: Babara Vinken 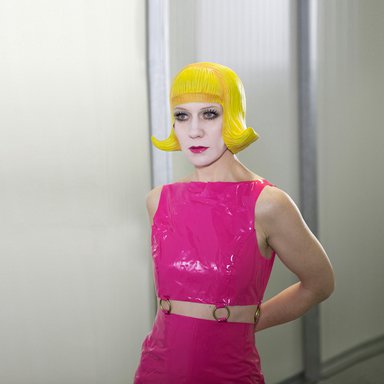 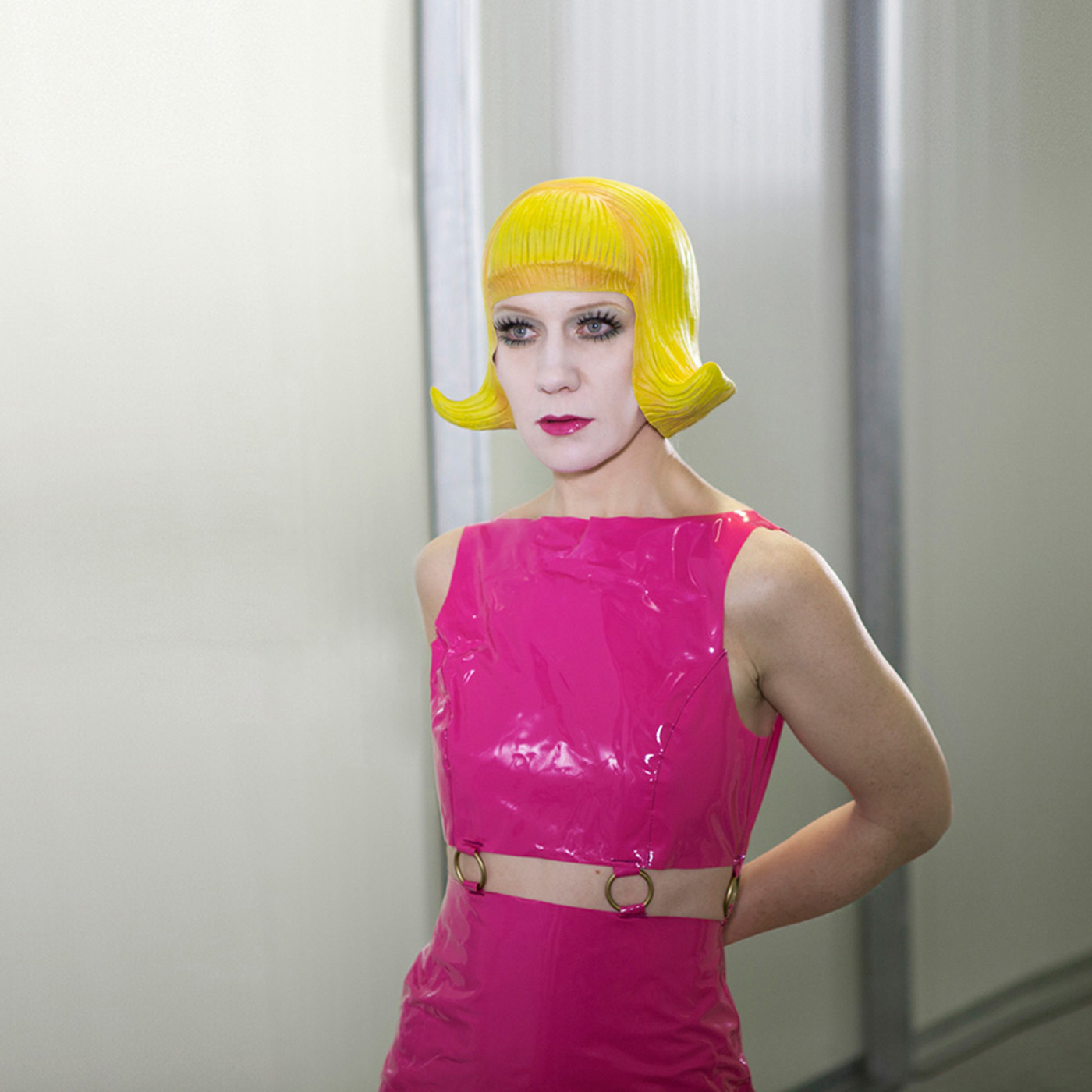 This philosophical project celebrates the powerful presence of independent women thinkers, reformers and mystics through the ages, from all parts of the world, and imagines their reappearance today. The history of philosophy has been dominated, almost exclusively, by men leaving the important contributions of women to the discipline invisible. To address this imbalance, I offer an exclusively feminine perspective presenting ‘myself’ through a series of images as the embodiment of various female philosophers, through history, whose wisdom continues to deserve recognition. I present the philosophers in an iconographic way consistent with modern media discourse. I present the images as realist fictions using transformations and replications to show the women in different contexts that cast light on the meaning and value of their ideas. And ultimately it leads to a new grammar and terminology for contemporary art so that gender is better include – an electrifying moment when the personal has become political. 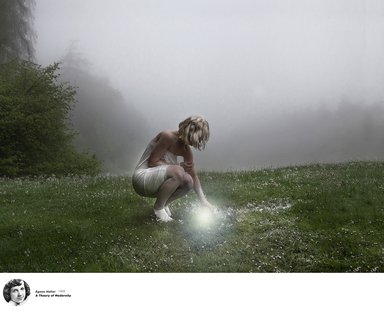 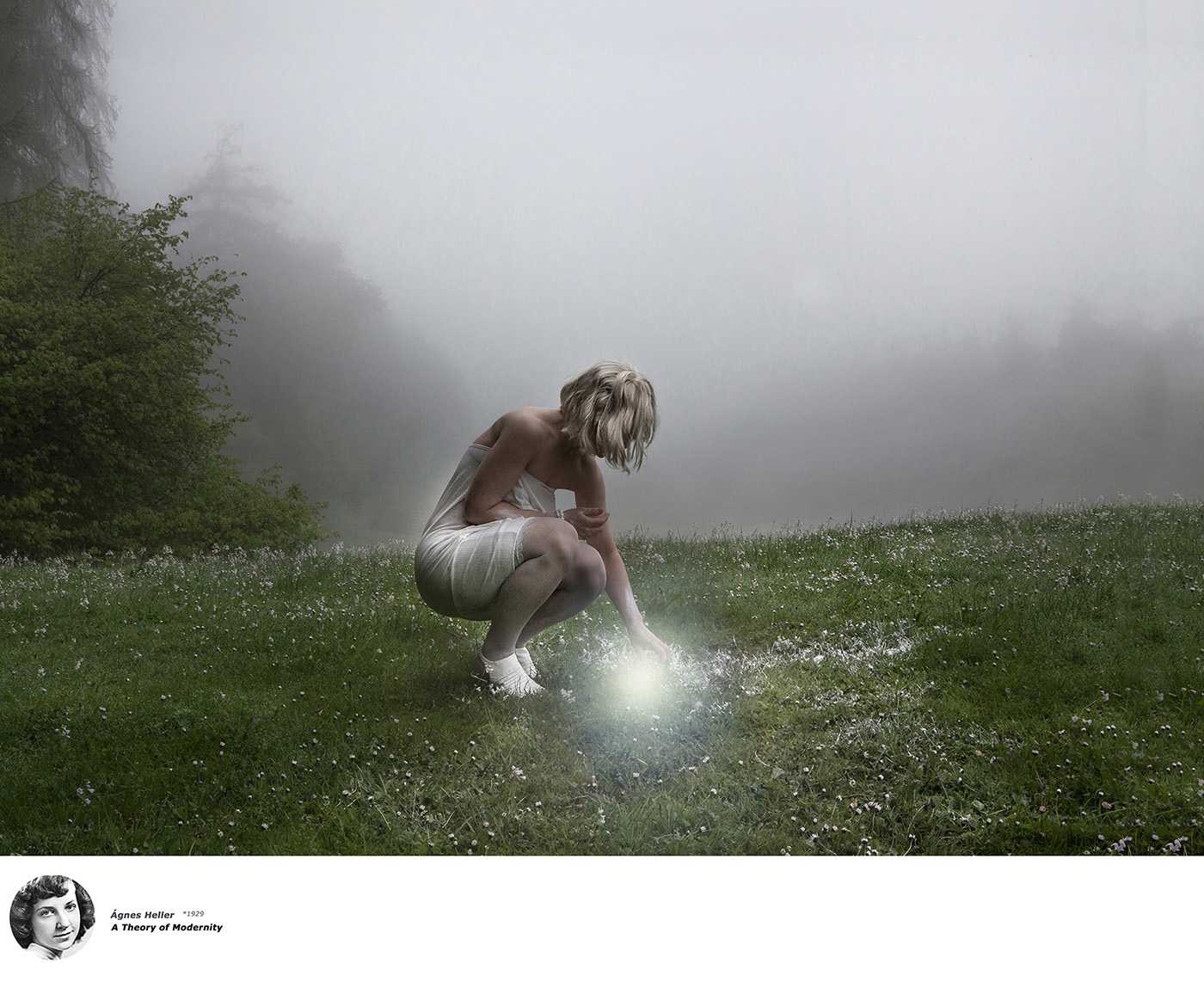 Presentation of her work as part of the DFA FOTODIALOGE #2, April 2021