Archival Item Of The Month | February 2021

At the beginning of January 1951, Erich Angenendt (Jury Chairman) initiated a GDL working group to improve quality and recruit younger members. In addition to this letter from Walter Boje, there are eight further reply letters in the archive. The follow-up letter from Boje shows that the working group sent pictures to each other for mutual discussion. In March 1951, Angenendt resigned from his office due to "differences of opinion" (quote Angenendt) and resigned from the GDL. One of the decisive factors for this was a heated argument with jury member Liselotte Strelow, she also resigned from the GDL in 1951. However, this had been preceded by Angenendt's efforts since 1948 to strengthen the progressive currents of the GDL and to form them into a separate group alongside the conservatives. His proposal for this had been rejected at the annual meeting in 1950. 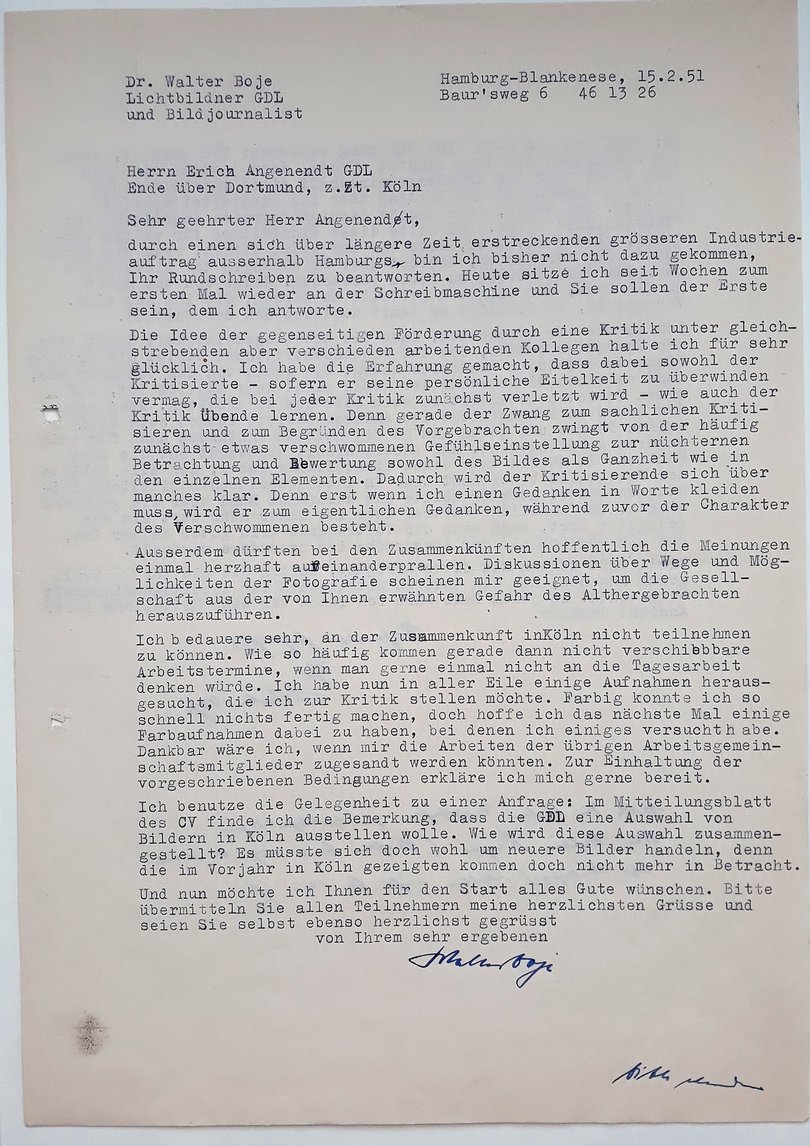 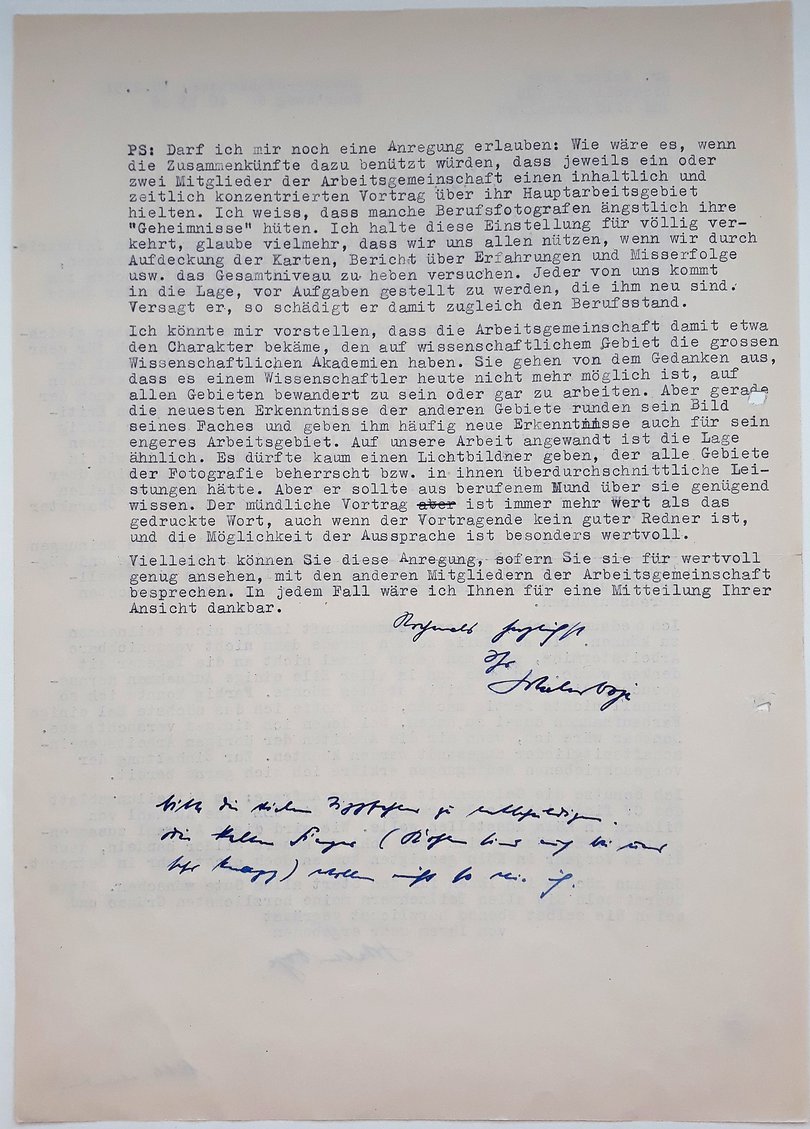