Archival Item of the Month | Dezember 2022

Ditmar Albert: Handing over office at the Munich Museum of Photography to Ulrich Pohlmann, 1991

Ditmar Albert was head of the Fotomuseum in the Munich City Museum from 1976. He became a GDL member in 1977 and exhibited quite a few GDL photographers, among others he showed the big anniversary show " Photography 1919-1979. Made in Germany. The GDL photographers". In 1991 he handed over the management to Ulrich Pohlmann, who kindly provided the DFA archive with this handover letter to him.

At the end of this year, Pohlmann himself is now stepping down as head of the photography collection at the Munich City Museum. In the upcoming DFA podcast, Ulrich Pohlmann talks about Ditmar Albert, his doctoral advisor Schmoll called Eisenwerth, and his own 30-plus years of work for and with photography in Munich. Soon to be heard here. 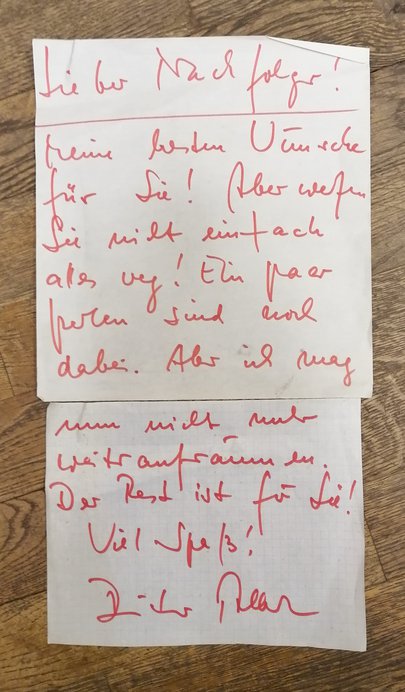