Archival Item Of The Month | August 2022

The self-taught photographer began taking photographs while travelling in the 1930s, and her pictures found their way into Vogue, among other publications, via the "Three Lions" agency. Paris - Berlin - Munich were Relang's stations, from the latter she advanced to become the Grande Dame of fashion photography in post-war Germany. By the way, Relang's younger sister, the photographer Urs Lang-Kurz, was also a member of the GDL.

Relang is seen here (in the photo on the right) at the vernissage of the exhibition "Photography 1919-1979 Made in Germany. The GDL Photographers" at the Munich Fotomuseum in 1979. 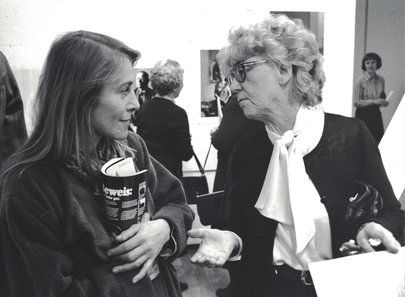