On October 10, 2021, photographer Evelyn Richter passed away. She was an honorary member of the German Photographic Academy.

Evelyn Richter, born in Bautzen in 1930, was in a sense already woven into the coordinating network of the Gesellschaft Deutscher Lichtbildner during her training. She completed her training as a photographer in 1948-1951 in Dresden with Pan Walther. Walther, in turn, had completed his training under Franz Fiedler: Fiedler, GDL member almost from the very beginning, Walther member from 1950. Fiedler and Walther opened their own photography school in Dresden in 1947, which Evelyn Richter probably continued after Walther's departure.

The files of the DFA archives on Evelyn Richter are thin, but not uninteresting: The GDL kept the photographer on their radar, in 1975 they officially invited her to the annual conference in West Germany. In her reply, Richter writes that the travel permit had been denied by the Kulturbund of the GDR.

Now Evelyn Richter, the "illusionless chronicler of the GDR," as the SZ called her, has left the earthly sphere from Dresden at the age of 91. 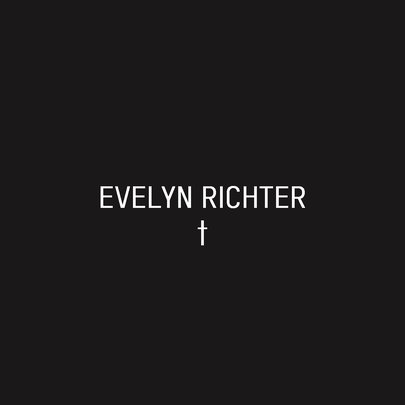