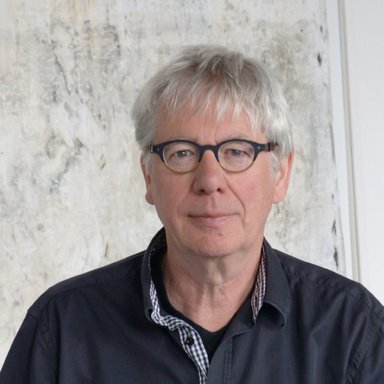 After growing up and schooling in Solingen and Remscheid, I completed an apprenticeship as a photographer and finally studied fine arts and photography at the art college in Cologne „Kölner Werkschulen“ with graduation. Since 1980 I am living and working in Karlsruhe as a freelance artist. Several foreign trips (USA, Israel, Russland) accompanied this time up to now. The works are regularly presented in exhibitions.

As a freelance artist, I transform the reflection of my perception of pictures. My aim is to visualise time. The aspects of my art are not a depiction of anything real or of any superficial visualisation. My art reveals profound visions of materialistic associations, showing more than what is apparent in everyday life. There is a collection of hidden elements working secretly beneath the surface.

On a film for 35mm cameras there are 36 exposures, each photo measuring 24 x 36 mm, consecutively numbered and separated by a bar. The individual negatives lie next to each other by chance. By selecting two adjacent negatives for one enlargement, a new statement is achieved. In the course of my life with photography, I developed an extensive negative archive. As an excerpt from this I enlarged 170 „pairs of negatives“ as unique prints in 2020 in the size of 24.5 x 54.2 cm on black and white baryta paper. The project was funded by a grant from the Ministry of Science, Research and the Arts Baden-Württemberg.

Text excerpt / Ralf Hanselle: catalogue „Ralf Cohen - SYNTHESE“ In 2011 Ralf Cohen converted former large-format baryta paper prints once more. He gradually removed the gelatin from the prints, transforming the images one last time. The transformation was an active interference with the original. The results were unique. Ralf Cohen called them “NEULAND” (“Unknown Territory”). This “NEULAND” series fundamentally refuses to obey the rules of photography. Time is not the frozen subject of a photograph. Time is a process which has penetrated photography. Photographs are not “instants décisifs“. For Ralf Cohen, they are layers and residues of a lengthy transformation process. Photography means change for Cohen: The world undergoes a radical change during the process of exposure, developing and fixation, modifying and experimenting. 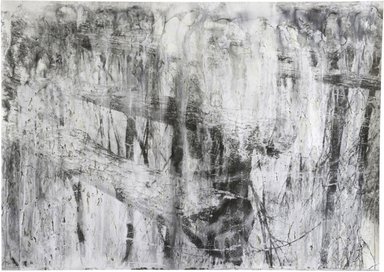 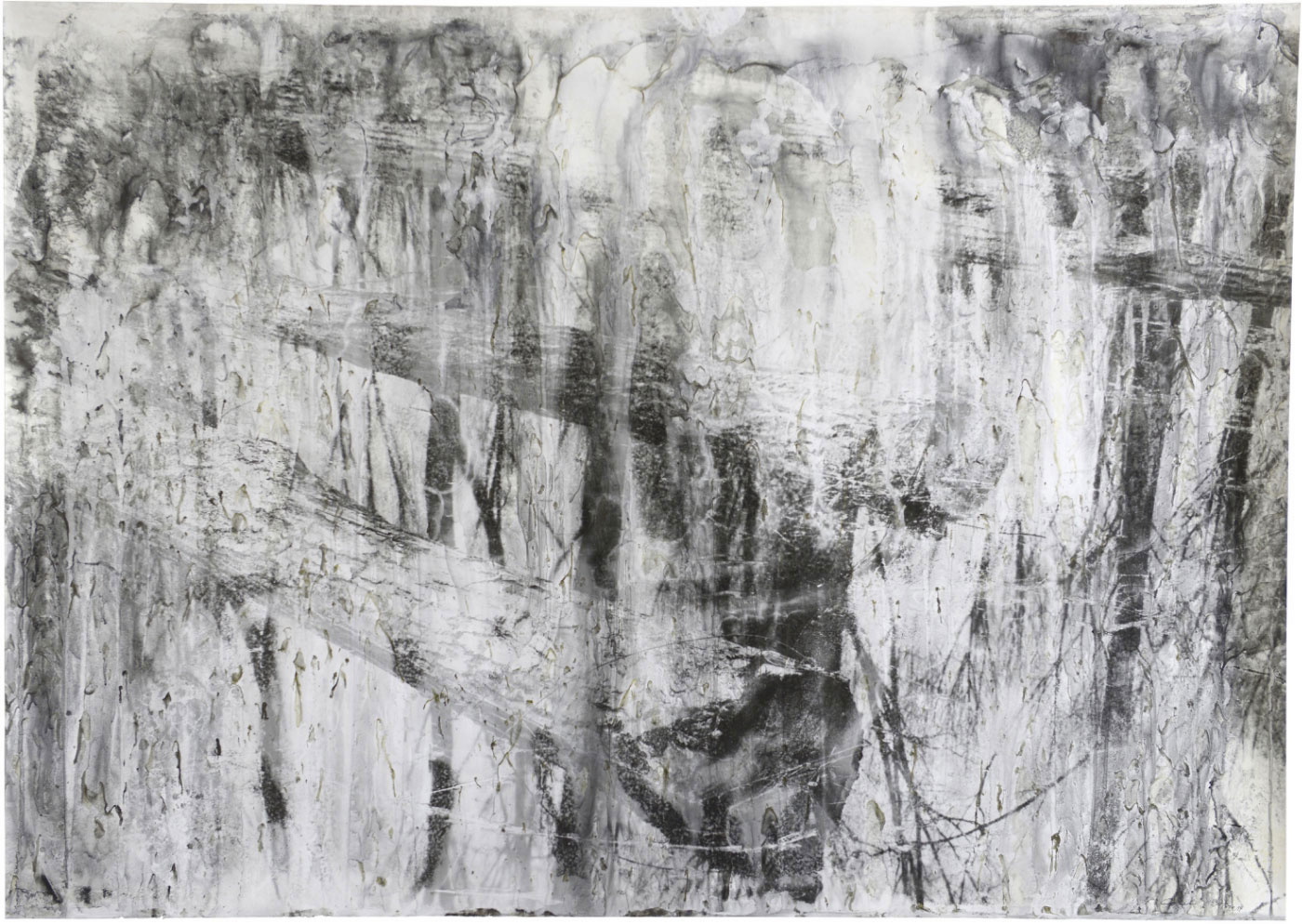 I show meetings in the 1990th by the series „Menschen / people“. These are overlaid by memories. In order to transform this to my pictures, I had used multiples exposures and additional photochemical overpaintings. They give a cinematic character. 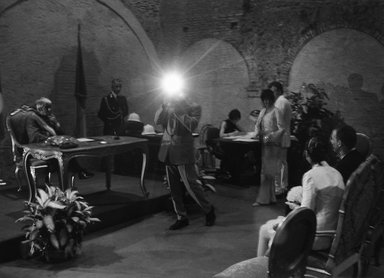 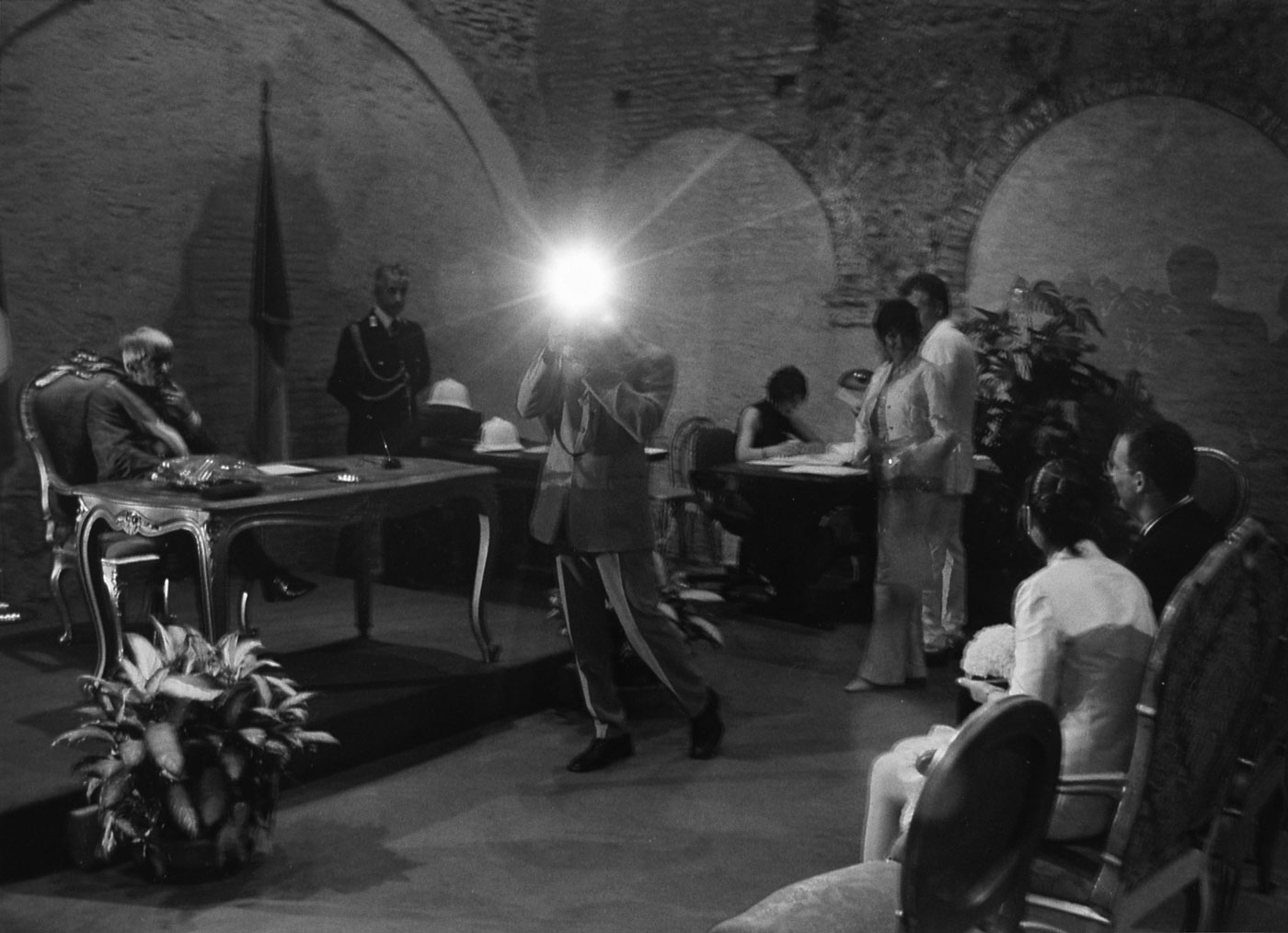 Text excerpt / Ursula Merkel: catalogue „Ralf Cohen - SYNTHESE“ Pictures of the series of works, “GLOBAL”, created in 2003 remove us aesthetically to the overpowering timelessness and infinity of the universe, into the world of planets, seas of stars and distant galaxies. At least, that is the way it seems – not only at first sight. In reality, it is completely different. The starting point for this series was the desire to see the world from above. The use of readily available satellite pictures taken from space was not an option, even though they undoubtedly serve as the model for Cohen’s apparently cosmic images, which seem to present recognizable well-known patterns. But this is an illusion. You may not believe what you see. In reality, these visions have an earthly source.

Text excerpt / Ursula Merkel: catalogue „Ralf Cohen - SYNTHESE“ The “Pictures Without a Camera” from the series “INSEL” / “ISLAND” are an extension and an intensification of the spherically charged series, “GLOBAL”. Amorphous objects glow from the deepness of black in a mysteriously beautiful diversity of colour and shape, like precious sparkling gemstones. Are these unknown islands that are still to be discovered, and which have been set in celluloid from a great distance? No they are not. Again, the observer is tricked into attempting to understand what he sees. Involuntarily he refers to comparable motifs he already knows and is condemned to misinterpretation. The solution is closer than it seems. The “Islands“ were created artificially by painting on glass, using translucent albumen colour. 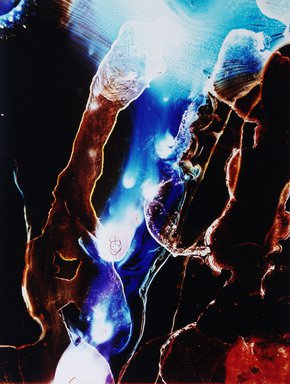 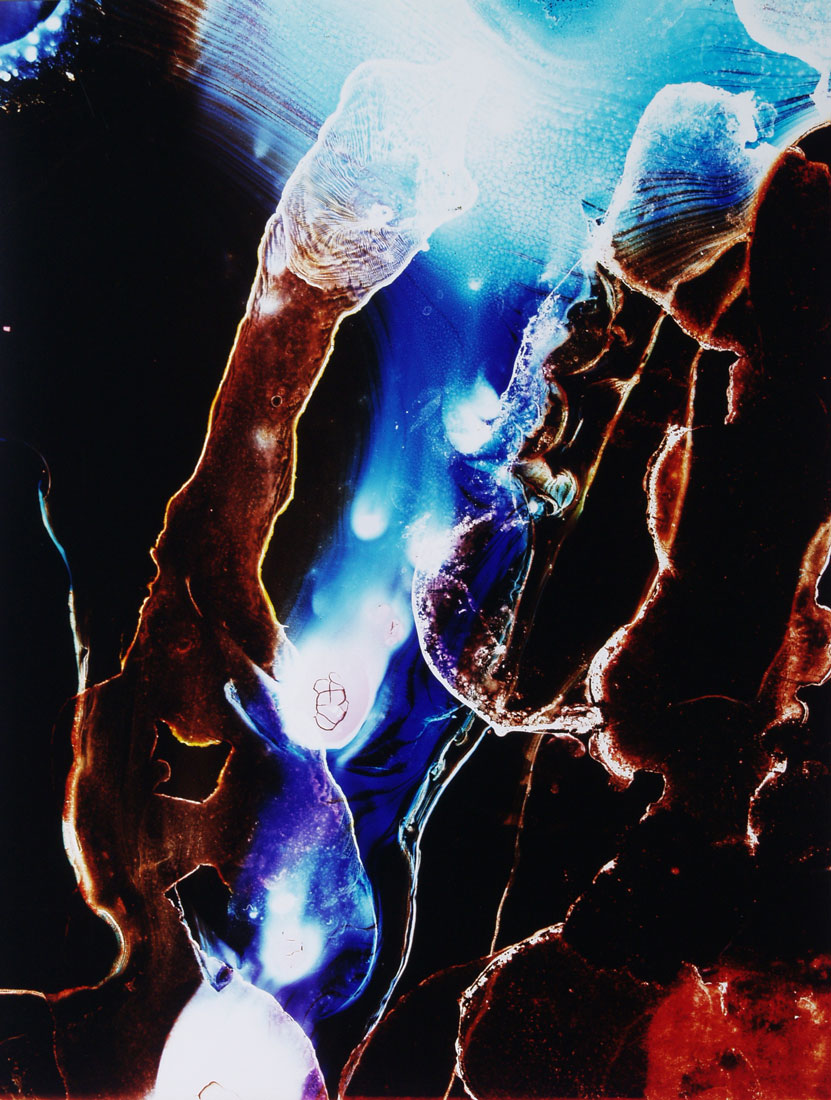